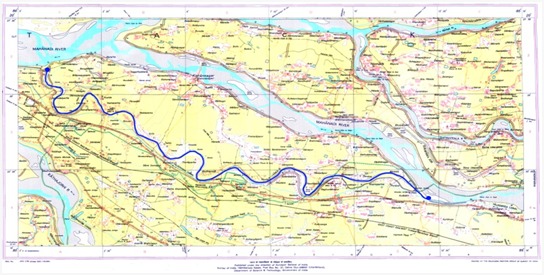 Presiding a high-level meeting in Bhubaneswar on Friday, Chief Secretary Suresh Chandra Mahapatra directed the Water Resources department in this regard and set the target to complete the renovation work within 18 months.

Mahapatra asked the engineers of the department to keep the renovated channel filled with water throughout the year so that famers on both sides can utilise it for irrigation. He also directed to schedule timing of the project implementation to avoid any possible ingress of high flood water from Mahanadi.

It was decided to construct 4 bridges connecting village roads from both sides of the channel. The estimated cost of around Rs 49.67 crore was accorded in-principle approval in the meeting.

Additional Chief Secretary (ACS), Water Resources Anu Garg said the channel, called “the dead-river”, originated from river Mahanadi right embankment near village Ayatpur. After traversing about 30.45 km across 21 panchyats in Cuttack Sadar, Nishintakoili and Raghunathpur blocks of the district, the channel again merged in Mahanadi at Bankala near Tarapur.

The mouth of the natural channel was closed in 1950s as a high-flood control measure. Renovation of the channel would lead to several benefits including creation of irrigational potential, cultivation of cash crops, fishing activities and restoration of the eco-system.

Pakistan Out Of FATF Grey List After 4 Years; Will Dawood & Hafiz Be Handed Over To India?