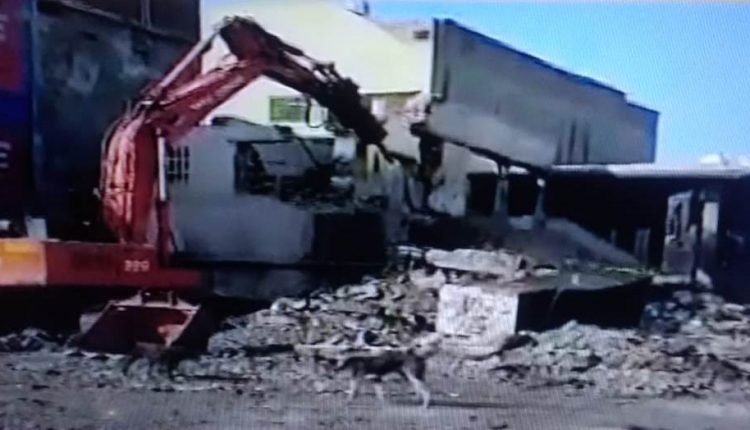 Puri: The Puri Municipality on Tuesday began evicting old structures from the premises of Swargadwar.

According to reports, a building built inside the premises several years ago to conduct post-death rituals was demolished. Apart from this, an old chimney set up by the Odisha State Pollution Control Board (OSPCB) was also pulled down..

The Municipality officials said that the existing wall around the Swargadwar will be demolished and a new one will be constructed after land that has been illegally encroached are retrieved.

On November 2, Chief Minister Naveen Patnaik had sanctioned Rs 5 crore from the Chief Minister’s Relief Fund (CMRF) for the first-phase renovation of Swargadwar.

The renovation work will be taken up in association with the Phoenix Foundation.

The high-level meeting had also decided to remove the Biju Patnaik memorial from inside the premises as part of its expansion.

The crematorium will now have modern amenities for the pall-bearers and the cremation of bodies. Besides, arrangements will be made to run the cremation round-the-clock. It will also have restrooms for the pallbearers. Besides, massive plantation will be taken up inside the premises. This apart, special arrangements will be made for the collection and conservation of asthi (bones).

The Chief Minister had also directed for the completion of the renovation within six months from the date of commencement of the work.