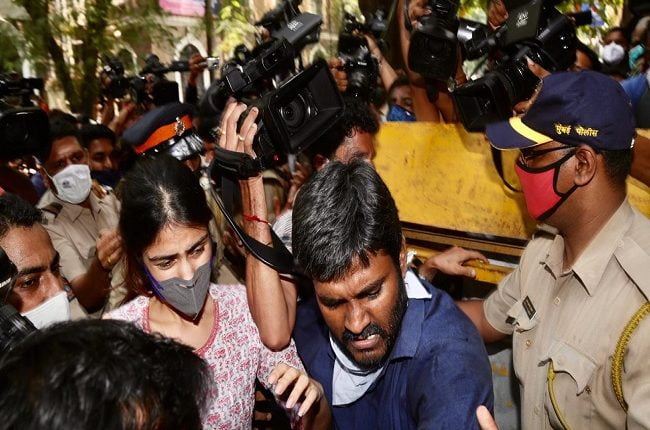 Mumbai: Soon after Rhea Chakraborty’s arrest by the Narcotics Control Bureau (NCB), the actress’s lawyer Satish Maneshinde stated that Sushant Singh Rajput was a ‘drug addict’ and not his client (Rhea).

According to a Times Now report, Maneshinde termed Rhea’s arrest as ‘travesty of justice’.

Defending his client, Maneshinde said, “Rhea is being hounded for loving a drug addict (Sushant).”

Meanwhile, Sushant’s sister, Shweta Singh Kirti took to her social media handle to thank God for guiding them to seek justice for her deceased brother.

Rhea Chakraborty was taken into custody by NCB on Tuesday following her contradictory statements during the interrogation in the Sushant Singh Rajput case.

Heavy Rain Likely To Lash Odisha In Next 5 Days