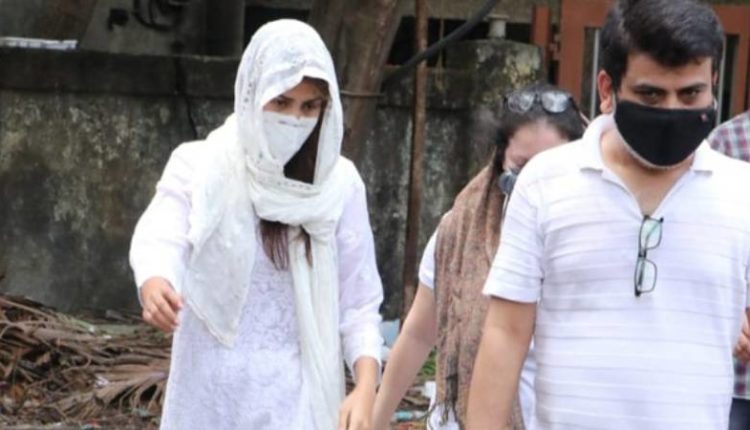 Surjeet, who accompanied the actress to the mortuary on June 15, revealed to Republic TV that Rhea’s brother and mother also wanted to see the actor’s body, but Mumbai police didn’t allow them.

The eyewitness also said that when he removed the white cloth from Sushant’s face, he saw marks on his neck and suspected some foul play that very moment.

“On 15 June, I reached Cooper hospital at 11 PM and Sooraj Singh reached at 11.30 to take part in his (Sushant)’s last rites. A little while later, Sooraj Singh says ‘Rhea Chakraborty will reach in a few minutes, so please help her. She is Sushant’s girlfriend and wants to see him one last time. So you talk to the police about it’. I spoke with the police officer and he agreed to it,” the eyewitness said.

“Fifteen minutes later, Rhea Chakraborty and I went inside the mortuary along with her brother, mother, and another male — maybe her father, I don’t know. I removed the white cloth from the face of Sushant’s body and he had marks on his neck — I had doubts at that time itself. The moment I removed the cloth, Rhea placed her hand on his (Sushant’s) chest and said ‘Sorry, babu’. I thought, ‘ Why was she saying sorry now?’ I then took her outside as she started crying,” he added.

On Thursday, Times Now flashed a video footage from Cooper Hospital that shows Rhea entering the mortuary on June 15, a restricted area, and staying there for nearly 45 minutes.