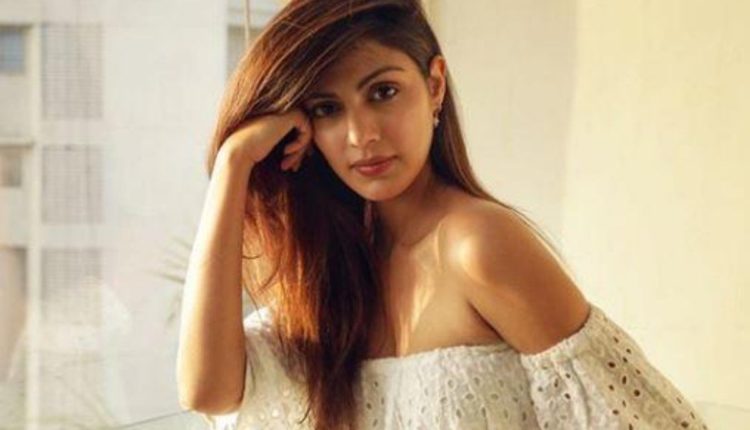 Mumbai: The Bihar Police on Friday filed an affidavit on behalf of Bihar government in the Supreme Court stating that Sushant Singh Rajput’s father had accused Rhea Chakraborty of befriending the actor with the ‘sole motive of grabbing his money and property’.

According to a report in India Today, the Bihar police also mentioned that the actor’s father had accused her of administering overdoses of medicines and projecting him as mentally ill.

The affidavit, drafted by lawyer Keshav Mohan, was submitted before the top court in response to the petition filed by Rhea, seeking transfer of the case from Patna to Mumbai.

Citing Section 179 of the Criminal Procedure Code (CrPC), the Bihar Police denied that it lacked jurisdiction to probe the case.

Bihar Police also claimed that since Sushant Singh Rajput’s father KK Singh was a resident of Patna, the state police and courts had the jurisdiction to try the offence.

The Bihar Police further stated that the investigation points in the case were scattered at different places in India, hence they suggested for a CBI probe in the actor’s death case.

Shedding light on non-cooperation by Mumbai police, the Bihar police in its affidavit stated, “The non-cooperation by the Mumbai Police with the Patna Police is clear from the fact that the former has not supplied any documents such as inquest, post-mortem and FSL (forensic science laboratory) reports, CCTV (closed-circuit TV) footage etc; to the latter, despite several requests.”

They also told the SC that the Mumbai Police obstructed the investigation in the case by ‘forcibly’ quarantining IPS officer Vinay Tiwari, who was sent to Mumbai in connection with the case.

Appealing the top court to dismiss Rhea’s plea, the Bihar police said, “The FIR has been registered on July 25 and the case is still at the primary stage of the investigation. Hence, the transfer petition filed by the petitioner under 406 CrPC is not maintainable and it is liable to be dismissed at the very outset.”

‘Careful Who You Mess With’: Sushant’s Sister Warns Detractors