RI Recruitment Exam In Odisha: Confusion Over ‘Centre’ Puts Candidates In A Spot; Know What Happened Next 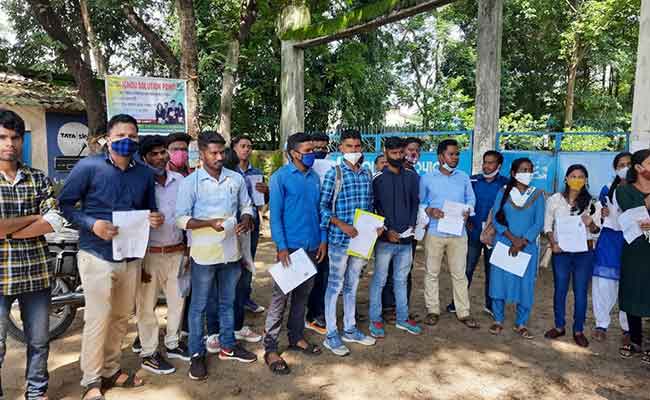 Titlagarh: Hundreds of candidates, who were deprived of appearing in the Revenue Inspector examination at Titlagarh town in Odisha’s Balangir district on Sunday, will now take the test at the district headquarters.

According to sources, the candidates, according to the information provided in their admit card, arrived at the Government Women’s College at Titlagarh this morning.

To their utter dismay, they found the main gate of the college locked. When they asked the college principal, the latter told them that he had not received any notification to conduct the examination in this college.

The hapless candidates later informed the district administration about the incident.

Titlagarh sub-collector Manoj Mahajan met the candidates and assured them that they would appear for the examination at Government Women’s College in Balangir town.

The district administration requisitioned a special bus to carry them to Balangir town.

As per the latest report, the candidates, instead of appearing the examination at the Government Women’s College in Balangir were allowed to appear at the Prabhabati Public School in Titlagarh town.

Odisha COVID Toll Rises To 7834 With 69 More Deaths; 29 Without Comorbidities