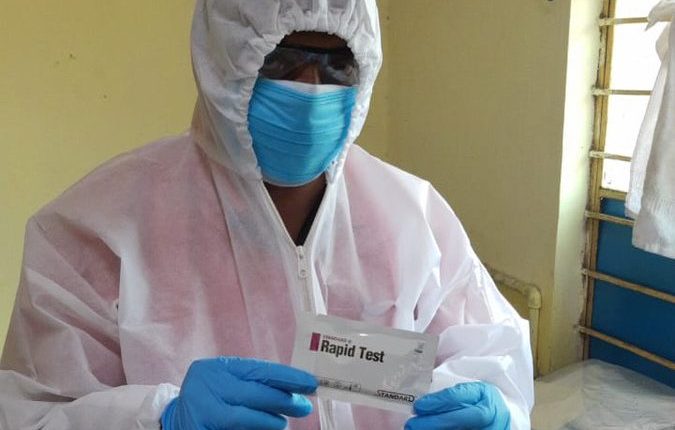 New Delhi: India recorded 49,310 fresh cases in the last 24 hours. That should not be a cause for alarm, assure senior officials in the government. They attribute the rise in fresh COVID-19 cases to higher testing. The trend is likely to plateau in the coming days.

Maharashtra and Tamil Nadu are somewhat of an exception with a faster spread and wider transmissions coupled with fewer containment strategies, a Times Of India (TOI) report said.

“Increasing number of cases should not be a reason for so much concern. No government can really stop the cases from increasing. It is primarily a result of increased testing. In fact, it is a good thing that cases are getting detected, which means we can identify the contacts, isolate the positive cases and also provide timely treatment,” a senior official in the health ministry was quoted as saying in TOI.

“Testing is the key to pandemic response. First, testing triggers case detection, contact identification, and containment – the gateway to transmission suppression. Second, case detection by positive test mandates isolation, care-seeking and treatment as required. Thus, generous testing is germane to disease control as well as case survival. Cities and districts where the caseload is a high need to work hard to change the trajectory, and those with low burden must ensure that they don’t slip,” NITI Aayog member Dr. VK Paul, who also heads the empowered group on COVID-19 emergency management was quoted as saying by TOI.

The coronavirus infection is showing a “moving trend” which means different stages of the disease in different places, the report added.

TOI reported a senior official as saying, “At present, the epicenter of the disease is shifting from major towns to neighboring districts and newer states like Telangana, Andhra Pradesh, West Bengal, Guwahati (Assam), Bihar and Ganjam (Odisha). However, Kolkata is a metro that still needs to be protected even as most metros including Delhi, Mumbai and Chennai have already witnessed significant caseload and have started stabilizing.”

The government plans to maintain aggressive testing till the positivity rate comes down to 10% and then maintain it for a prolonged period of time so as to bring down positivity rate below 5%, as per WHO recommendations, the report added.

Daily COVID Caseload In Odisha To Drop Below 800 By July 15!