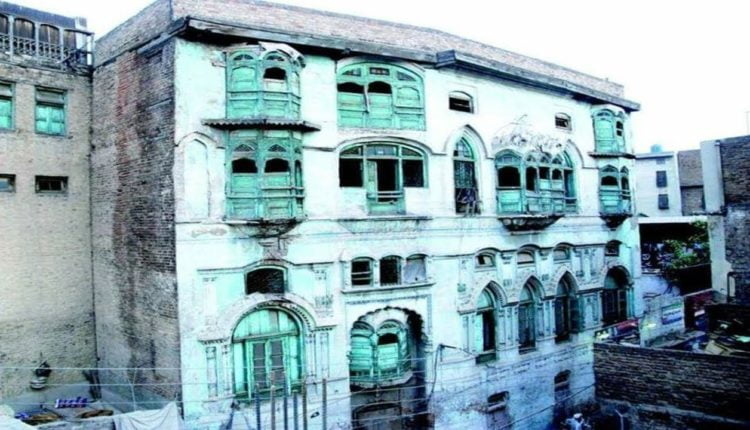 New Delhi: Late Rishi Kapoor’s ancestral Haveli in Pakistan has turned into a ghost house and might be demolished soon.

According to a PTI report, the present owner of the historic Haveli, jeweller Haji Muhammad Israr, wants to demolish the building for constructing a commercial complex in its place.

The haveli, located in the Qissa Khwani Bazar of Peshawar has turned into a ghost building, claim the residents living in that area.

The denizens further stated that the condition of the building is deteriorating because of torrential rains and strong winds and it may collapse anytime soon if the government doesn’t take timely action to conserve it.

“It is a matter of concern that the ‘Kapoor Haveli’ which we consider as the pride of our city is in dilapidated condition and is fast heading to the disappearance because of being ignored,” Mujeeb-ur-Rehman, a resident of that area told PTI.

Earlier, there were reports that the provincial government wanted to buy the haveli and conserve it, but the owner of the palatial house Israr refused to sell it.  Israr had also made a few attempts in the past to demolish the building, but his attempts were foiled after the Khyber Pakhtunkhwa heritage department filed FIRs against him.

In 2018, on Rishi Kapoor’s request, the Pakistan government had decided to convert the ‘Kapoor Haveli’ in Peshawar, Pakistan into a museum. Foreign Minister Shah Mahmood Qureshi had assured him that his ancestral house will be converted into a museum.

The ‘Kapoor Haveli’ was built by Bollywood legend Prithviraj Kapoor’s father, Basheswarnath Kapoor. The price of the property is estimated to be over Rs 5 crore.