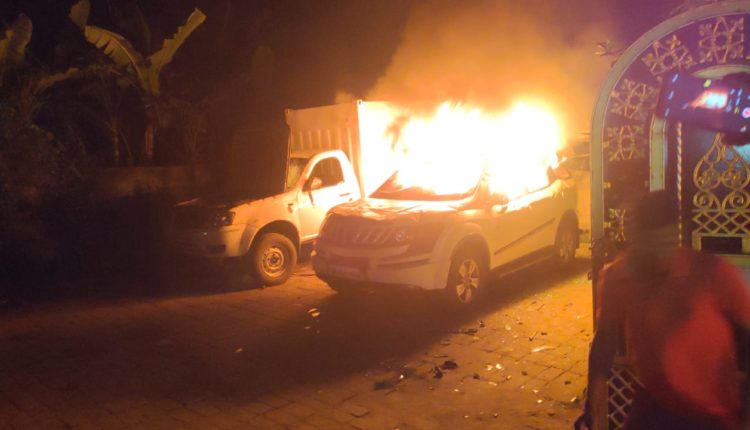 Baripada: Dispute over construction of a road on forest land turned ugly with the irate locals restoring to arson on Wednesday night.

According to reports, the locals of Asantapur under Badagopalpur block within Baisingha police limits set fire to two-wheelers and a four-wheeler (XUV) and a pick-up van. They also blocked the Baisingha-Rupsa road by burning tyres and staging protest.

Sources said the local residents have been protesting construction of a road on a patch of forest land. The road, they alleged, was built to facilitate a fishery unit set up in the area.

They also attacked a local BJP leader Chandrahas Panigrahi, who has sustained serious injuries and has been admitted to Balasore medical.

While reasons as to what flared up the incident today remain unclear, police and firefighting personnel have rushed to the spot and efforts were on to bring the situation under control.

Poonawalla Confident Of Getting EMA Approval For Covishield In A Month