Role Of OIC Under Scanner In Odisha ACF’s Death: ‘Mamata & Bidyabharati Knew Each Other’ 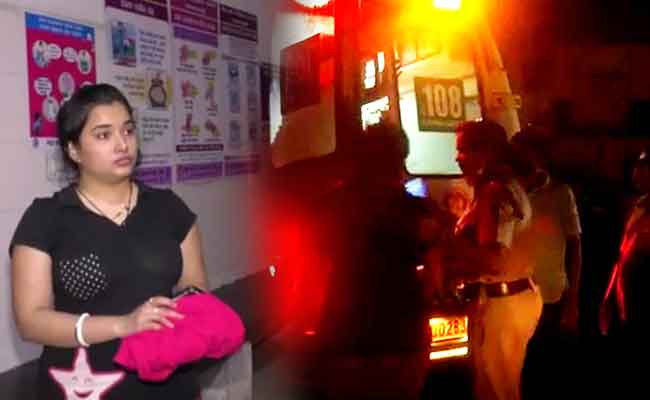 The OIC’s role came under the scanner after the dead ACF’s father Abhiram Mohapatra accused her of using her influence to hush up the investigation. He further accused her of detaining the ambulance carrying the critically injured Soumya to the hospital for an hour at the behest of his daughter-in-law Bidyabharati Panda. “The OIC stopped the ambulance midway for an hour. She wanted my son to die without reaching the hospital,” he alleged.

On Wednesday, Gajapati SP Tapan Patnaik said anyone linked to the alleged murder will be questioned. “She would be asked to respond to the allegations and whether she visited the district headquarters hospital where Soumya was admitted,” he said.

The SP informed that there was no departmental instruction for her to go to the spot.

“We will also grill the DFO,” he said while avoiding questions about the delay in bringing him under the purview of investigation.

Meanwhile, the OIC’s father-in-law Narendra Padhi told the media that she belongs to the same village where Bidyabharati’s maternal uncle lives. “Bidyabharati used to visit her uncle’s house and both become acquaintances. She might have asked Mamata for help on the day when Soumya was being shifted to a hospital,” he said.

The DFO, on the other hand, has been named as an accused in the murder case filed on the basis of an online complaint made by the deceased’s father. The widow of the young forest officer and his cook, who were present in his official quarters at the time of the incident, have also been booked for the alleged murder.

Reacting to the allegations of an extra-marital affair, the DFO had earlier said that he never spoke to Soumya’s wife over the phone nor visited his house. “I will fully cooperate with the probe. Everything will be clear after investigation,” he added.

Police had already questioned the families of Soumya and Bidyabharati, staff and ACF Gauri Prasad Rath in this connection.

Thunderstorm In Bhubaneswar & 10 Odisha Dists In Next 3 Hours