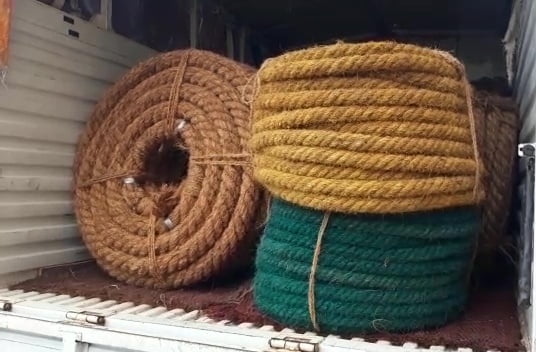 Puri: With the world famous Rath Yatra scheduled to begin in Puri on July 12, the ropes used for pulling the three chariots and police cordon around the chariots arrived in the pilgrim town on Wednesday.

The ropes prepared by Orissa Cooperative Coir Corporation Limited (OCCC) were delivered to the Puri administration in the afternoon.

Jena also said as per the advice of Shree Jagannath Temple Administration (SJTA), the Corporation dyes the ropes red, yellow and green colours to be used as the inner cordon for each chariot.

Know What Is COVID Antibody Cocktail Treatment, Who Should Take The Therapy