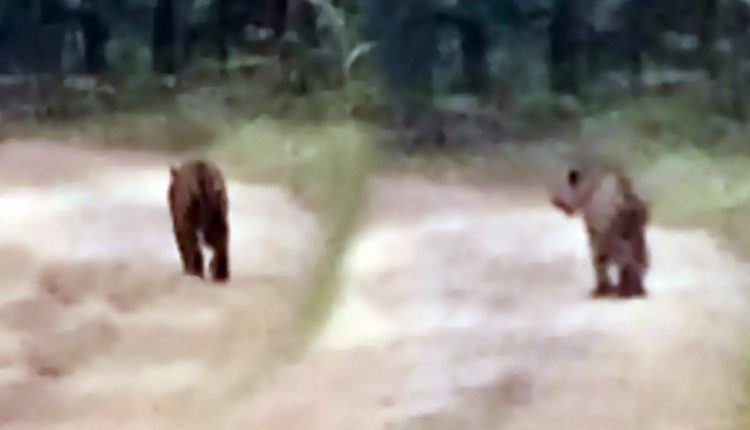 Bargarh: In a good news for wildlife enthusiasts and nature lovers, a Royal Bengal Tiger was sighted in Debrigarh Wildlife Sanctuary in western Odisha.

According to reports, the big cat was spotted in the wildlife sanctuary, located close to Sambalpur’s Hirakud Dam, covering a total area of 346.91 sq km.

The Divisional Forest Officer (DFO) is reported to have confirmed the sighting of RBT. A video footage has captured the tiger moving slowly inside the forest. It is believed to be a male, sources said.

Forest officials as well as wildlife experts have expressed happiness over sighting of a tiger in the area after many years. Security has been tightened around the sanctuary.

While arrangements have been made to ensure the safety and protection of the tiger, several teams have been deployed to monitor the tiger and its movement, reports said.

It is not clear whether the tiger was already present in the wildlife sanctuary or it has sneaked into the area from neighbouring Chhattisgarh.