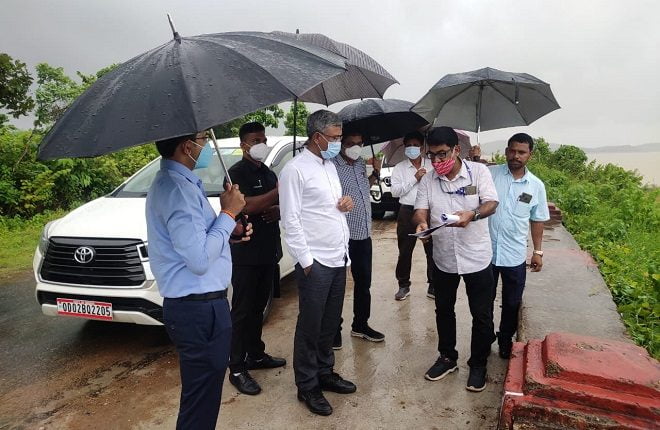 Sambalpur: The state government has drawn big plans to boost tourism in Western Odisha. As the first step towards this, Hirakud dam in Sambalpur district will be developed as a gateway to Western Odisha tourism.

Informing about the future plans for the ambitious projects, Chairman of Western Odisha Development Council Asit Tripathi said cruise boating will be introduced soon in the sparkling clean waters of the reservoir. Other projects like boating club, floating hotel, and waterfront hotels will also be developed to attract tourists.

The tourism project is estimated to cost Rs 130 crore, he said and added that Tourism and Forest departments as well as WODC will work together to give shape to it.

The cruise boating facility will start with two luxury boats sometime between December and February, he added.

The WODC chairman, who also toured Debrigarh Sanctuary and Bat Island in Hirakud this morning, said water safari will  be launched in the sanctuary in a week’s time. The safari will be an attraction for tourists visiting the districts of Sambalpur or Bargarh, in which the sanctuary is located.

He also visited the 1200-seater convention hall under construction at Gangadhar Meher University and inspected the area of Rani Bakhri and Victoria Memorial Hall. The hall will be developed into a museum through funding from Tourism department.

For the waterfront hotels at Hirakud, private stakeholders have been invited and discussions held with hotel owners as well as tour operators, he added.

There also plans to build an island resort in the vicinity of Jawaharlal Nehru park, Tripathi said.