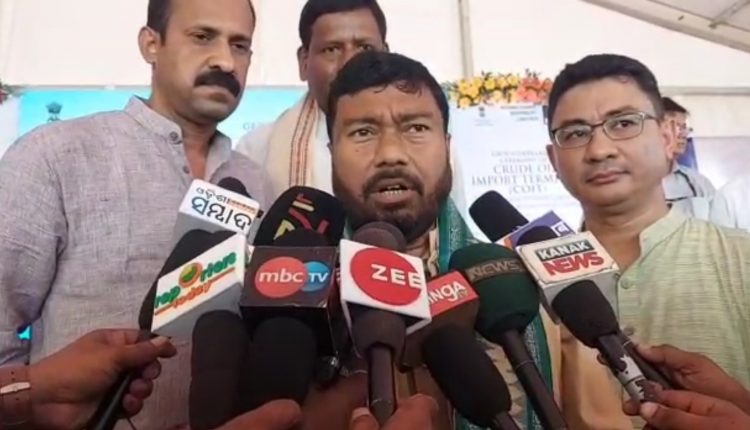 Speaking to media persons at the function, the minister said the crude oil terminal would be constructed in 234 acre of land near Sandhakud in Paradip with an estimated budget of Rs 1,500 crore. The crude oil to be stocked in the terminal will be sent through pipeline to petroleum refinery at Numaligarh in Assam.

He further said besides Odisha, the pipeline would cross through 4 states including West Bengal, Jharkhand, Bihar and Assam. Three pump stations will also be constructed at different points of the pipeline. The entire project is targeted to be completed within 3 years, he added.

Teli said transport of imported crude oil from Paradip port to refinery in Assam has been necessitated as the oil wells have turned dry in the north-eastern state. Besides, the ministry was planning to expand the refinery from 6 million ton to 9 million ton.

He further said local people would get direct or indirect engagement in the oil terminal besides the pump stations . It is also likely to boost the local economy, he added.