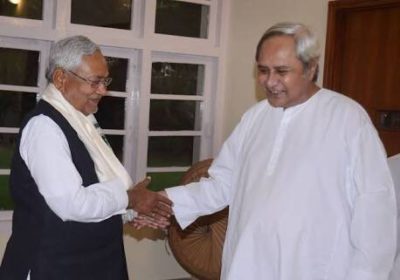 Bhubaneswar: With four days remaining for the election to the post of Rajya Sabha’s deputy chairman, the Bihar Chief Minister Nitish Kumar on Thursday sought the support of his Odisha counterpart and BJD president Naveen Patnaik for JD-U candidate Harivansh Narayan Singh.

Harivansh has filed nomination for the post as NDA nominee.

Notably, the BJD had supported Harivansh in the last Rajya Sabha deputy chairman election in 2018. The term of Harivansh has expired since April 9 this year.

Transgenders To Be Recruited In Police Force In This Indian…