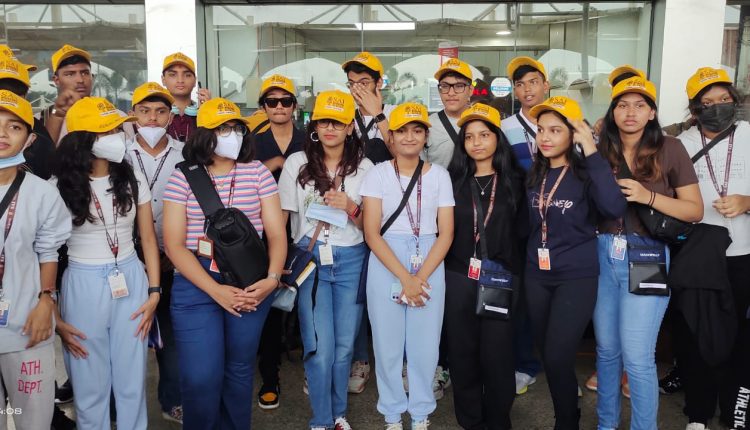 SAI International School is one of the 56 schools from South Asia and the Gulf Region attending along with another 172 schools from all over the world. Delegates will spend three days at Oxford University and stay at St Anne’s College and then Latymer Upper School in London.

In London, they will join the Global Immersion Programme (GIP) UK group of another 44 students and teachers. During the conference, they will attend keynotes by renowned personalities such as Ben Fogle, an award-winning broadcaster and adventurer, Emily Penn, an oceans advocate, skipper and artist, Sir Dieter Helm, Professor of Economic Policy at the University of Oxford and Fellow in Economics at New College, Oxford and many more.

They will also take part in baraza breakout sessions with delegates from all over the world. SAI International students are excited to represent not only SAI International School at such a prominent event. GIP students will be exploring the UK in a span of 10 days as well as they will be visiting King’s College Cambridge. GIP was the brainchild of late Dr Bijaya Kumar Sahoo Founder-Chairman, SAI International. He always dreamt of building responsible global citizens of tomorrow who identify themselves with emerging cross-border communities and whose laudable actions contribute to building a better world to live in. Through GIPs, he promoted internationalism and skills of leadership, adaptability, and communication with social and interpersonal skills in children.