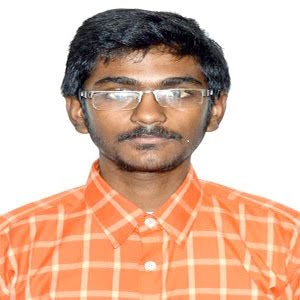 Prateek, a Class-XII student, scored 99.9991 percentile. He was ranked first in Odisha and secured All India Rank 26, as published by the National Testing Agency (NTA) on Monday.

Earlier in the JEE (Main) 2019 held in January, Sibasis Nayak of Class-XII scored 99.9844 percentile to become the state topper, which is indeed a laudable achievement for the school. His score in percentile includes 99.996 in Physics, 99.923 in Chemistry and 99.946 in Mathematics.

He had also qualified for the Kishore Vaigyanik Protsahan Yojana (KVPY) 2018, a scholarship funded by the Department of Science and Technology, Government of India.

Chairman Dr Bijaya Kumar Sahoo applauded the talented boy for making Odisha proud with his success and wished him well for all his future endeavours.

Prateek is the son of Pratap Chaudhury, Deputy Director-Planning in the Department of Water Resources and Rasmita Chaudhury, a housewife, who have been his greatest inspiration.

He studied rigorously for 10 hours every day to prepare for the JEE examination.

The young boy whose greatest inspiration is Dr APJ Abdul Kalam wants to study Computer Science in a reputed engineering college. He said SAI International School has helped him to study systematically by accommodating his study time and inspiring him to soar greater heights of success.

According to sources, as many as 24 candidates have received 100 NTA Scores (percentile scores) in JEE Main January 2019 and April 2019 examinations in Paper 1.

The best score of the two exams will be considered for being shortlisted for admission in various institutes and also as eligibility for JEE Advanced.

A total of  6,08,440 candidates appeared in both the months and out of them, 2,97,932 candidates have improved their performance.