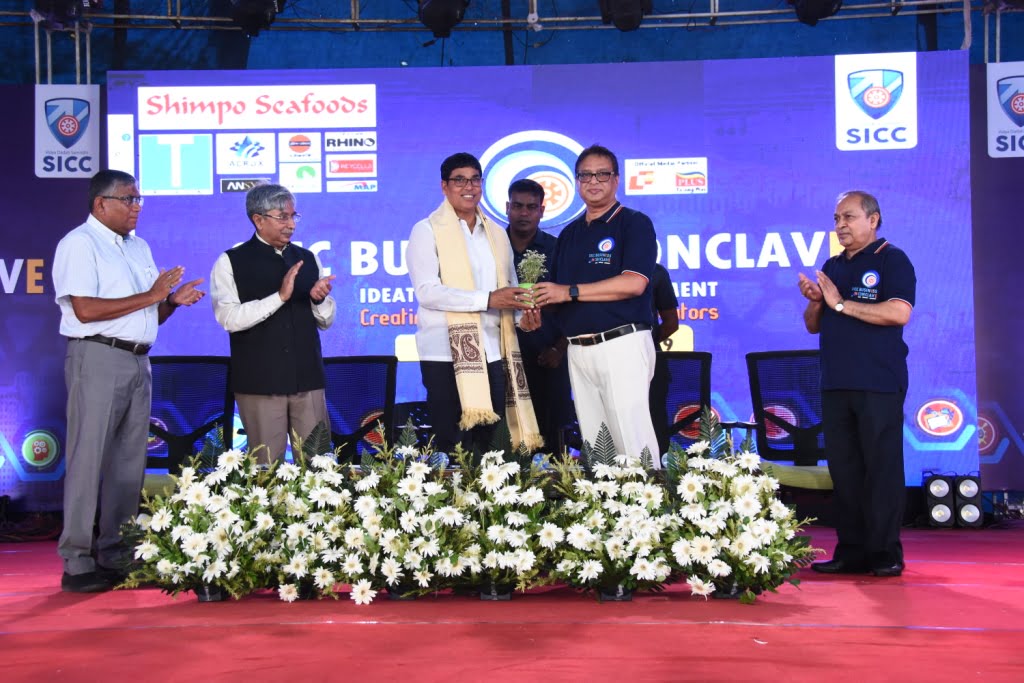 Bhubaneswar: SAI International College of Commerce (SICC) Business Conclave 2019 Edition 4 began here on Tuesday with participation from 64 colleges and school from across Odisha.

High Education Minister Dr. Arun Kumar Sahoo, who was the chief guest, congratulated Dr. Bijaya Kumar Sahoo for being instrumental in shaping the higher education scenario of the state. He also congratulated the faculty and students of SICC for being adjudged the 5th Best College among India’s Top 10 private higher education institutions for Extraordinary Leadership by the EducationWorld India Private Higher Education Grand Jury Awards 2019-20.

“It is indeed a laudable achievement in such a short span of time,” he said.

He also invited Sahoo for a discussion on developing a framework for commerce education in the universities of the state.

The minister was presented with a sapling on the occasion.

Executive Director, SERPL, Indian Oil, P C Choubey graced the occasion as the guest of honour. He appealed to the students to think creatively and widen their horizon. He also gave a proposal for Summer Internship Programmes at Paradip Refineries.

Sahoo while presenting the achievements of SICC since its inception said that the college has been on a path to success with each batch performing better than the last both academically as well as non-academically. He accentuated that it is his dream to make SICC a top college of India, so that children do not need to go outside the country for higher education.

BJB Campus On Boil Again, Plus II Students Burn Tyres To Protest This Decision Of…