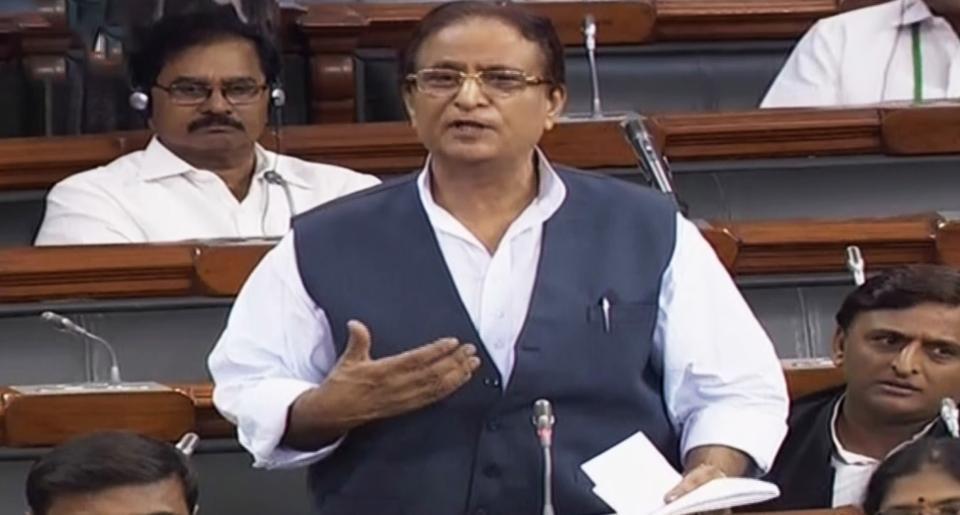 New Delhi: Samajwadi Party MP Azam Khan on Monday tendered an apology to BJP MP Rama Devi, a week after his sexist remarks against her in Lok Sabha triggered a nation-wide outrage.

“I had no malintent towards the Chair. Everyone in the House knows my speech and my conduct, but despite this, if the Chair feels that I made a mistake then I apologise for that,” Khan said.

This, however, is not the first time Khan has courted controversy for his controversial remarks. The SP leader, as a matter of fact, is no stranger to controversies. Much of his political career has been shaped by his controversial statements, which have always helped him hog headlines.

Here’s some of the controversial remarks:

1. In 2019, the Election Commission put a 72-hour-ban on him following his misogynist remarks against BJP leader Jaya Prada during the election campaign.

“The people of Rampur, UP, and India took 17 years to know her (Jaya Prada’s) true colours. However, it took me just 17 days to see that the innerwear she wears is Khakhi in colour”.

2. In 2014, Khan made it to the headlines after his remarks against Narendra Modi.

“The country’s reins should not be handed over to a murderer. A man with a blot must not be allowed to become ‘badshah (emperor) of the country”.

3. He has earlier also invited the EC’s wrath for his statement on Kargil war.

“It was the Muslim soldiers who won Kargil war for India, not the Hindu soldiers”.

4. During the birthday bash of SP supremo Mulayam Singh Yadav, when reporters asked who had funded the extravagant celebrations, this is what Khan had said…

5. He remarks also found resonance in international affairs. Following the 2015 Paris terror attacks, he had said that the attacks were because of superpowers like America and Russia and “history will decide who is a terrorist.”

(With inputs from Hindustan Times)