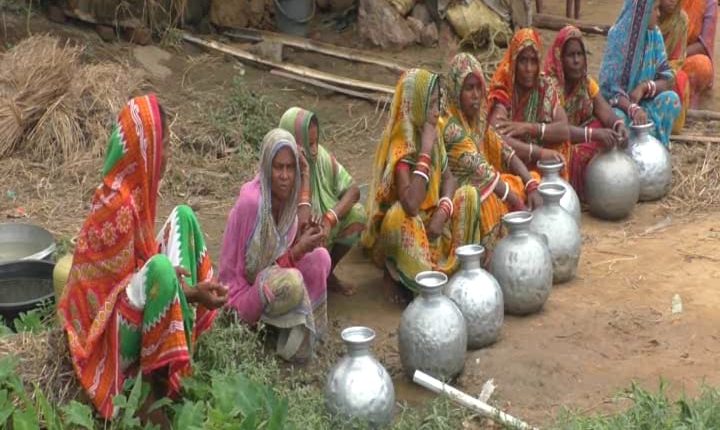 Jajpur: It’s been more than a year now that scarcity of water, both for drinking and irrigation purposes, has haunted people of Nuakula Jena Sahi under Binjharpur block in Jajpur district.

With summer having set in, people of Jajpur have been suffering a lot. Like previous years, they are fearing acute shortage of pure drinking water in the district.

According to sources, pipeline drinking water supply projects are defunct while tube wells in the village have been out of order for years. Locals have been dependent on the nearby river water. With no provision of drinking water, people are forced to consume contaminated water from the river to quench their thirst.

About 100 families live in the village, but the administration has turned a blind eye to the situation.

“We have taken up the issue many a time up with the district administration, but to no avail. The defunct tube wells are also not being repaired,” complained the villagers.

District Collector Ranjan Kumar Das said he was not aware of the drinking water problem faced by villagers. A proposal has been forwarded to the administration. Steps are expected to be taken after verifying the situation in the village.