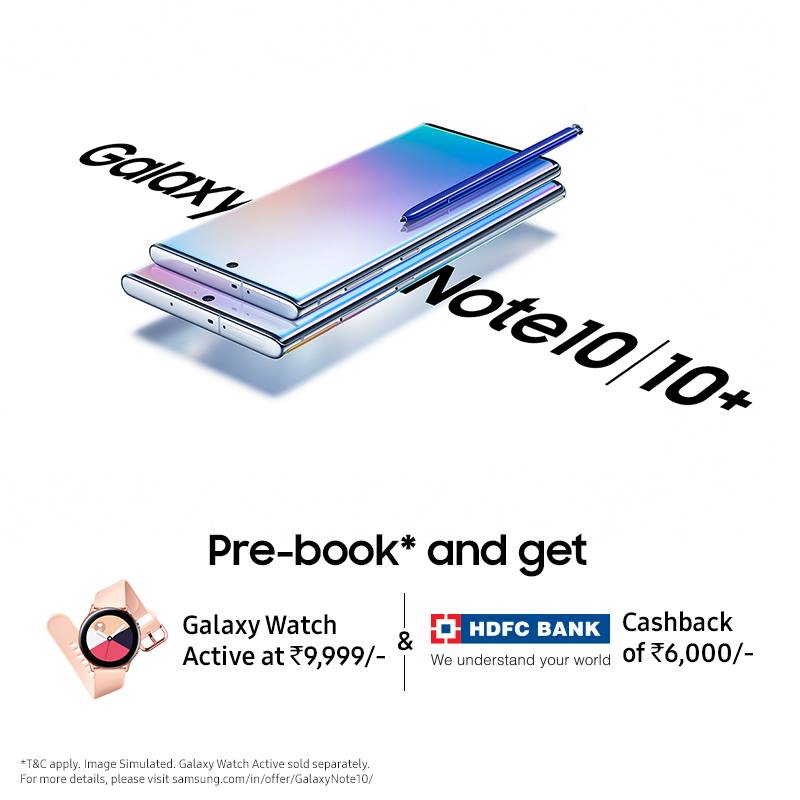 Soon after launching the Galaxy Note 10 and Galaxy Note 10+ in New York, Samsung on Thursday announced the prices of its high-end flagship phones in India.

The front punch-hole camera is a 10-megapixel sensor with autofocus, f/2.2 aperture, and a 80-degree field of view.

Like the Samsung Galaxy S10, it comes with an ultrasonic in-display fingerprint sensor. It comes with an all-new S Pen having a 6-axis sensor with a gyroscope and acceleration sensor. 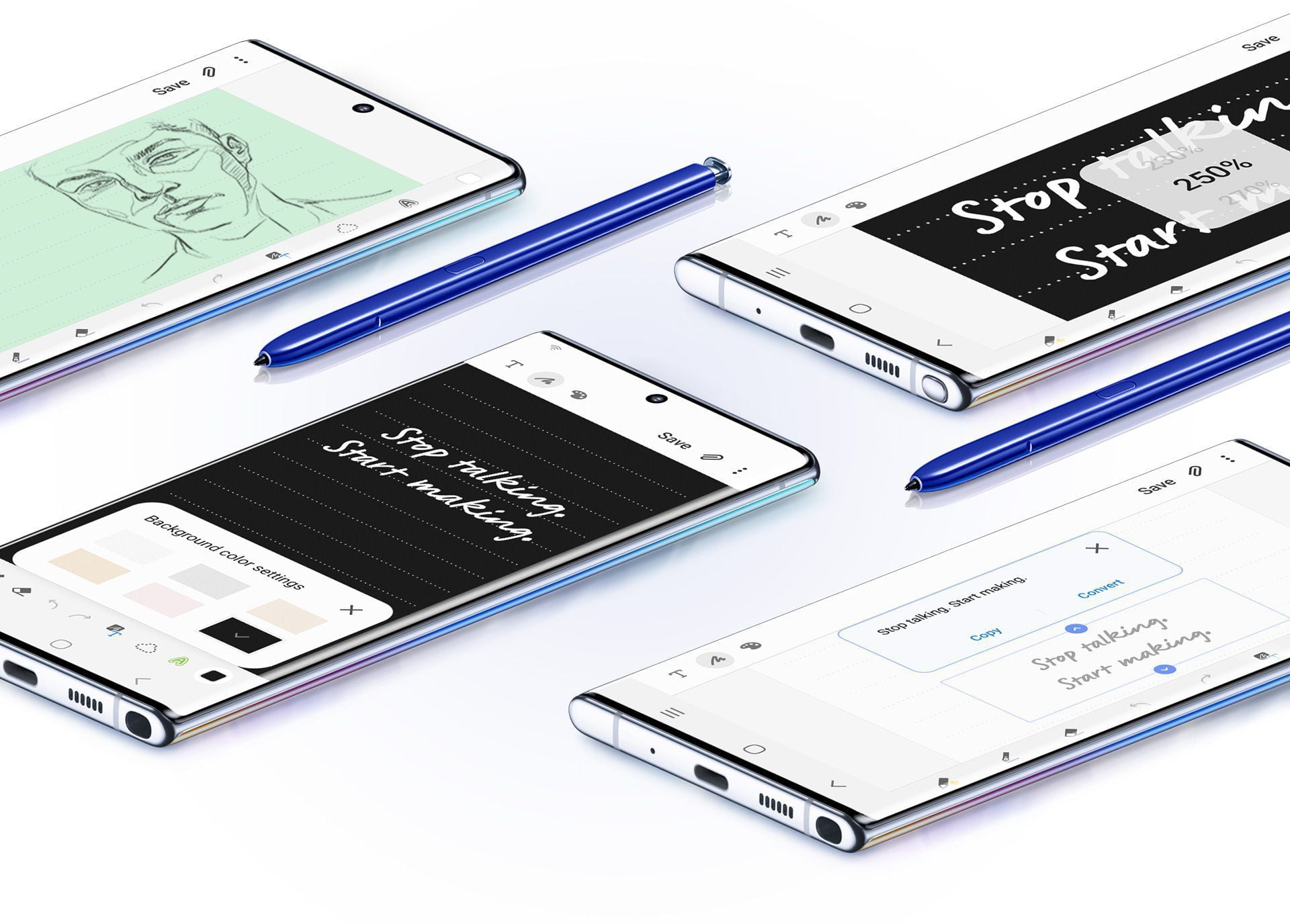 Both the phones are expected to come in Aura Black, Aura Glow, and Aura White colours. Pre-bookings will open on August 8 and the phones will go on sale from August 23. Pre-booking can be done on Amazon, Flipkart, Paytm Mall, Samsung Online Store, Tata Cliq as well as retail stores.

There is a Rs 6,000 cashback with HDFC cards at retail outlets and Samsung Online Store. The same is also available on ICICI Bank credit or debit cards at Amazon, Flipkart, Paytm Mall, and Tata Cliq. Customers can also buy the Galaxy Watch Active at Rs 9,999, down from its existing retail price of Rs 19,990 with the Note 10 series.