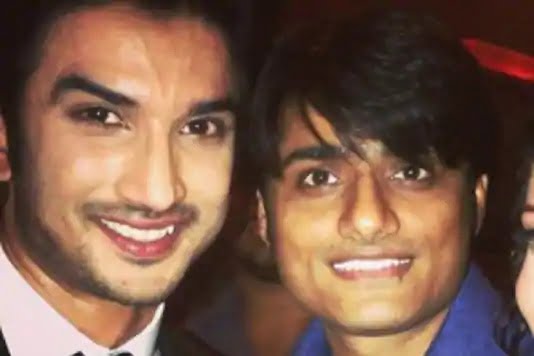 Mumbai: Producer Sandip Ssingh, allegedly a close friend of Sushant Singh Rajput, slammed Rhea Chakraborty for skipping the actor’s funeral by stating that she was not ‘invited’ by his family members.

According to a report in Pinkvilla, Sandip took a dig at Rhea by stating that the actress didn’t attend Sushant’s funeral because she was allegedly not invited for it, but then why did she go to the mortuary to see the body?

“Did anyone invite her (Rhea) to Cooper Hospital when she went? Why did she wait for the funeral? If she wanted, she could have come. Nobody at the gate outside said, ‘Rhea and other people not invited.’ People who are saying I was not invited, it is their mindset, it is their over-thinking,” Sandip was quoted as saying.

The producer further revealed that many Bollywood bigwigs had attended Sushant’s funeral without invitation.

They stood outside the gate at the crematorium ground, paid their last respect to the actor and went away quietly.

“There was Ekta Kapoor who was standing outside the gate in the rain, Abhishek Kapoor who made Kedarnath with him and launched him in Kai Po Che, I didn’t even see him. Somebody told me his name was not there in the list, but he came and stood in the rain. Shraddha Kapoor, his co-star who came and stood like a common person outside the gate. People who had to come, they came. They paid their last visit to Sushant and went away without showing off,” said Sandip.

Sandip was in the news for his alleged suspicious activities, post Sushant’s demise. He was there at Sushant’s house on June 14 and also at the mortuary on June 15.

Sandip’s call records showed that he was in touch with the ambulance driver — who had carried Sushant’s body — even after the actor’s last rites were performed.

However, Sandip recently came out with the WhatsApp chats between Sushant’s sister Meetu and him, to clear the air.

Man Returns From South Africa, Tests COVID Positive In Thane; No Confirmation Of…

Prohibitory Orders Under Sec 144 Imposed In Mathura; Know Why

Solar Eclipse On Dec 4 Won’t Be Visible In India, Best View From Antarctica But You…