Sanjay Mohanty Takes Over As Member O&BD, Railway Board 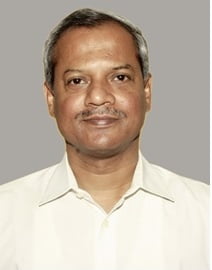 Bhubaneswar: Sanjay Kumar Mohanty has been as the new member, Operations & Business Development (O&BD), and ex-officio secretary to Government of India, Ministry of Railways, Railway Board.

Prior to this, Mohanty was General Manger, South Eastern Railway, Kolkata.