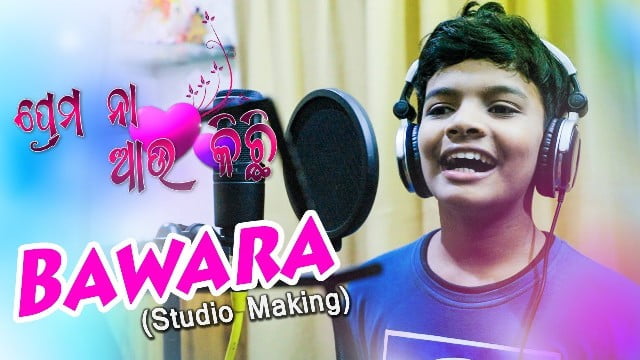 Satyajeet Jena of music reality show Sa Re Ga Ma Pa L’il Champs fame first song as playback artist for an Odia film has garnered more than 1,63,000 views within a day of its digital release.

The song ‘Bawara mu heli re jebethu tate mana deli re…’ for the upcoming Odia flick ‘Prema Na Aau Kichi’ has been composed by music maestro T Souri and penned by Satyaranjan Bal. The film is being produced under the banner of Sai Suhana Entertainment.

After quitting the reality show due to relentless pressure on his vocal cord, Satyajeet had recorded a Hindi song with Bollywood pop queen Sunidhi Chowhan composed by singer-music director Shankar Mahadevan in the presence of legendary lyricist Gulzar in Mumbai.

“Souri sir had called Satyajeet for the recording. Along with his studies, he is also practising music. As per the three-year agreement with Zee TV, he is doing stage shows with its permission. As the channel people continue to ask him to join the ongoing reality show again, I might take a decision on it soon,” said Satyajeet’s father Guman Charan Jena, who has been an orchestra company for the last 14 years.

Satyajeet had sung ‘Mile Ho Tum Humko’ during the audition of the reality show and his performance garnered 4.2 million votes on YouTube worldwide. Eminent singer-composer A R Rahman had offered him a week-long internship at his studio after hearing him in one of the episodes.