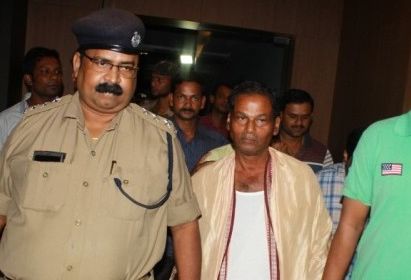 Sura Baba had moved the apex court after his bail plea was rejected twice by Orissa High Court.

On March 30 this year, the Enforcement Directorate (ED) of State Crime Branch had attached properties to the tune of Rs 14.95 crore of Sura and his Trahi Achyuta Ashram, spread over 20 acre of land, located at Jhinti Sasan in Khurda district.

A case was lodged by a person against Sura Baba and his son at Chhatrapur police station for allegedly committed land fraud.

The controversial spiritual leader and his two sons Trilochan and Biranchi were arrested on August 31, 2015 from Trahi Achyuta Ashram for assaulting a lower caste woman and cheating people by collecting huge amount of money as donation.

Contractor Hacked To Death In Nabarangpur