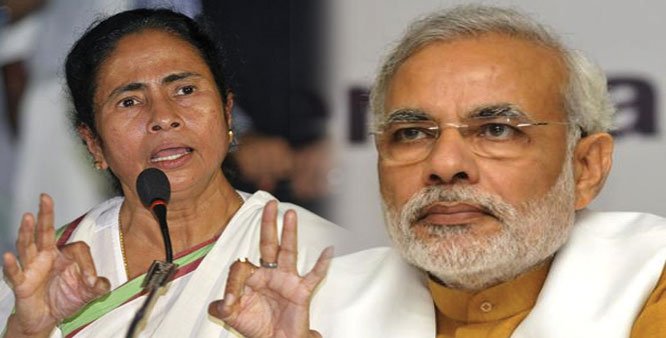 West Bengal Chief Minister Mamata Banerjee on Tuesday called off her agitation and claimed to have achieved a moral victory following the Supreme Court order.

The Centre might differ with her, with the Court asking Kolkata Police Commissioner Rajeev Kumar to cooperate with CBI in probing the chit fund scam, but the spin given by Mamata to the top court’s ruling was, in fact, intended to convince her voters that she has emerged victorious.

“One might be inclined to term the chief minister’s stance as “delusional”, but that would a misreading of the way politics plays on the ground…the entire fracas, executed to perfection by the West Bengal chief minister, may instead bring political dividend,” news portal First Post said in its opinion piece.

But, in her zeal to create a constitutional crisis and harvest political gain, Mamata inadvertently did the BJP a favour in Bengal.

By indulging in melodrama and theatrical statements, Mamata further polarised the electorate in West Bengal, giving BJP a mighty push towards emerging as the chief Opposition and shoving the CPM further into oblivion.

It claimed that there is an undercurrent of public opinion against Mamata’s “Tughlaki” ways which is going to the saffron unit’s advantage. And BJP has got little to lose at this point.

The opinion piece also suggested that by obstructing the CBI from going after suspects places, Mamata might have put the opposition leaders at a disadvantage and strengthened PM’s ‘chowkidar vs corrupt’ narrative.