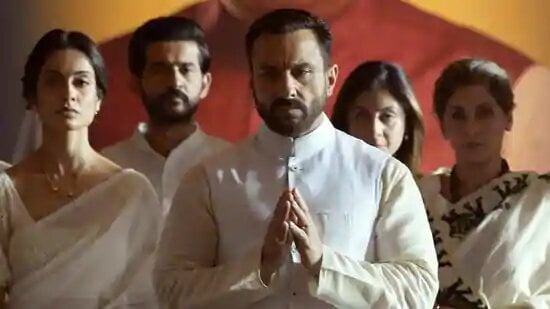 New Delhi: The Supreme Court on Wednesday, rejected the request of the directors and actors of the web series ‘Tandav’, and the head of Amazon Prime India Aparna Purohit for protection from arrest.

The case was heard by a bench of justices Ashok Bhushan, RS Reddy and MR Shah, Hindustan Times (HT) reported.

“Your right to freedom of speech is not absolute. You cannot play the role of a character that hurts the sentiments of a community,” the bench said.

The top court was hearing petitions seeking quashing of criminal complaints lodged in various states against Ali Abbas Zafar, the Director of the web series, and others for allegedly hurting the religious sentiments.

The web series is facing criminal cases for hurting religious sentiments and insulting religion punishable under Sections 153A and 295 of the Indian Penal Code (IPC).