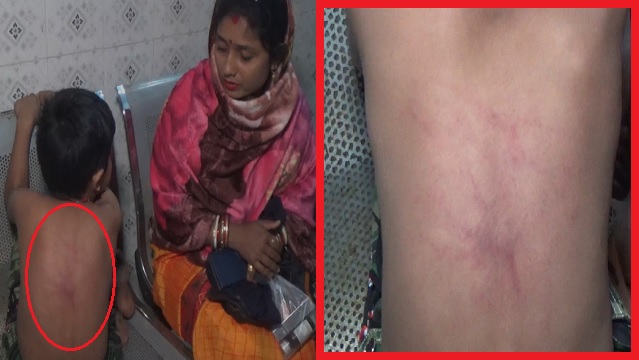 Mayurbhanj: A Class II student returned home with bruises on his back after allegedly being beaten up by his teacher in the Udala block of Odisha’s Mayurbhanj district on Wednesday.

According to sources, 6-year-old Shubh Behera caught a dead snake with a stick from the drain near Kaptipada upper primary school following which a teacher, identified as Jayanta Kumar Mallik, thrashed him after some students complained about it.

Later in the night, the minor’s family learnt about the incident when they saw red marks on his back. They have lodged a complaint against the teacher at Kaptipada police station.

“A student complained about Shubh to Jayanta Mallik and he began thrashing my son without making any attempt to know what exactly had transpired. My son informed us about the incident after we saw the bruises on his back,” his father Bharat Chandra Behera told the media.

Shubh’s mother Mamata Behera said that he had been suffering from fever since the incident. “He was in a lot of pain and we had to rush him to a local hospital for medication,” she added