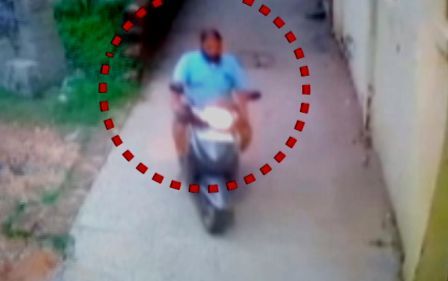 Bhubaneswar: A man who molested a schoolgirl in the city continues to elude police even after a week of the shocking incident.

Sources said the incident was captured on a CCTV at Laxmisagar on August 21. The footage shows the man following the girl while she was going for tuition classes on a bicycle. He accosted the victim in a lonely lane at Sabar Sahi area and pushed her to the side of a house wall. He then tried to rape the girl, but fled ater she raised an alarm.

The girl’s family said a police complaint was lodged the same day. Police have carried a preliminary investigation, but the accused was still at large, they added.

“Besides, it is utterly surprising that the though the number plate of the scooter used by the accused is seen prominently on the CCTV footage, police have failed to trace the vehicle and its owner,” a relative of the schoolgirl said.

The incident has triggered panic among parents and guardians in the area.