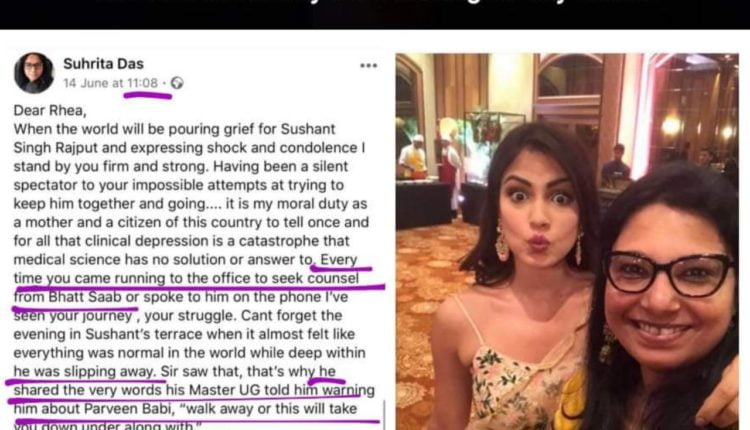 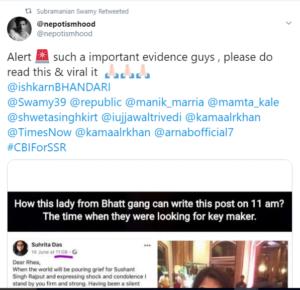 Suhrita is an associate of Mahesh Bhatt in Vishesh Films and her post dated June 14 at 11:08 am penned about SSR’s clinical depression and how Rhea had sought counselling from Mahesh Bhatt and the struggles she faced during their rumoured relationship had sparked a controversy. More so, since Sushant was found hanging at his Bandra residence only in the afternoon.

Following this, she deleted her post and locked her profile.

However, there are other users who claim her Facebook post to have been edited and the original one was posted on June 14 at 3:38 am, 12 hours before the news broke out. 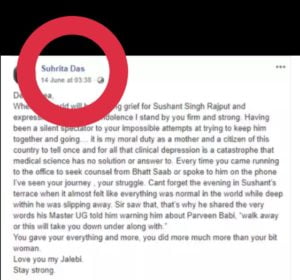 Another user wrote, “The Facebook company can be asked to give a certificate on when that message was posted. Their server logs will catch it, and it will still be there, even if someone deletes the message. Logs cannot be deleted.”

NASA’s Ingenuity Helicopter All ‘Charged Up’ To Fly To Mars