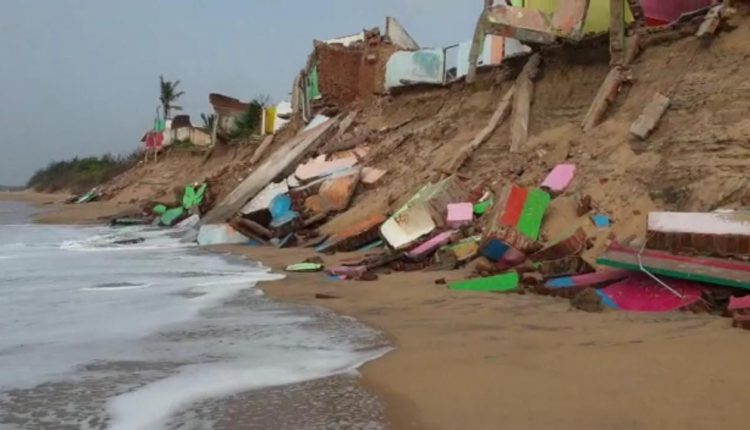 Berhampur: At least six houses were washed away by high tides on Saturday night at Podampeta village in Odisha’s Ganjam district.

There were no casualties but the district administration has shifted most villagers of Podampeta, mostly fishermen, to safer places after last night’s incident. Some villagers, however, stayed back and are yet to move out.

Saturday’s incident has struck fear among residents of several villages in Ganjam’s coastal areas such as Podampeta, Kantiagada and Arjepalli, among others, which are facing a threat from the sea. Many villagers of these areas fear that their localities will be submerged under the sea in the coming years.

There have been several incidents of houses in coastal areas being washed away by the sea in recent years but villagers, mostly fishermen, are unwilling to shift out and move into houses built by the administration at safer places.

Among measures, the state Irrigation Department has come up with a Rs 23-crore plan to build a boundary wall to protect these coastal villages from high tides.

Facing threat from the sea, the Arjepalli Marine police station is likely to be shifted to a new location or risk being submerged in seawaters in the coming years. 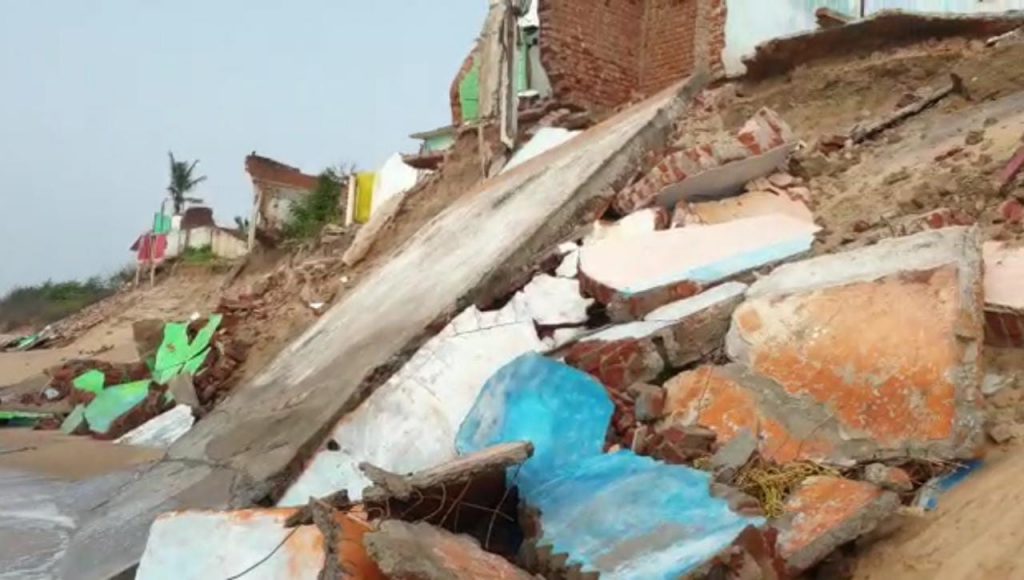 Just about 100 metres separate the police station in Chatrapur from the sea and, in recent years, the sea has been moving inwards and the coast shrinking due to global warming, climate change and rising sea levels.

Already, when the sea becomes rough or during storms, powerful waves lash the police station’s boundary wall, destroying it in the process.

Many areas in Chatrapur, Rangeilunda, Ganjam and Chikiti blocks have already gone under the sea and it is feared that the Arjepalli Marine police station will soon meet the same fate.