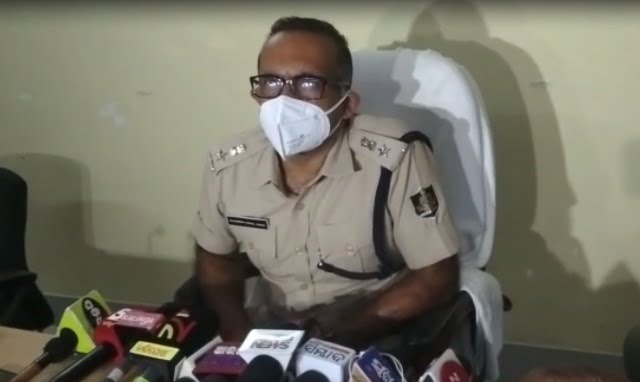 Puri: Two days ahead of Snana Yatra of the Lord Jagannath and his siblings, the district police on Tuesday held a review meeting to discuss the security arrangements during the bathing rituals.

Briefing the media later, Puri SP Kanwar Vishal Singh said no devotee will be allowed to witness the bathing rituals of the Lords.

Keeping the COVID-19 pandemic and the directive of the state government to conduct the festival sans devotees, prohibitory order under Section 144 would be enforced on Bada Danda (Grand Road) and around Jagannath Temple during the Snana Yatra on June 24, he said.

“Five officers in the rank of Additional SP, 23 DSPs, 41 Inspectors and 150 Sub-Inspectors will oversee the security arrangements. Besides, 35 platoons of force will be deployed at the entry and exit points of the town,” Singh added.

The SP said that sevayats picked by the temple administration to conduct the rituals will be allowed to enter the temple. “The Jagannath Temple Police (JTP) will allow these sevayats after verifying their credentials at Simhadwar,” he added.

Stating that Snana rituals will be telecast live, Singh requested the residents of Puri town to watch it on their TV sets at home.