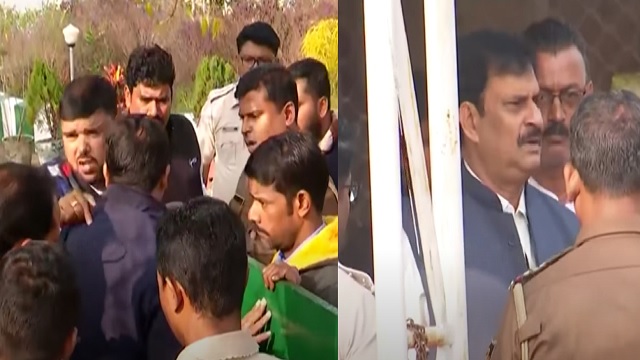 The teachers staged a dharna in front of the minister’s house holding placards demanding addition of 6 years of the contract period to their employment record for contractual teachers appointed between 2004 and 2013. They also demanded six increments to their basic pay. “We have strengthened the education system of Odisha. But we are the ones who are suffering due to the government’s decision,” a protestor told the media.

Earlier, Minister Dash had met the agitating teachers and told them that Chief Secretary Suresh Chandra Mahapatra is looking into their demands. Mahapatra has already held a meeting with the officials concerned in this regard and a decision would be taken shortly, Dash said.

But the secondary school teachers, who have been sitting on dharna in the Capital city for the last 11 days, were not satisfied with the response of the minister. Instead, they threatened that they would gherao the residences of different ministers in their respective constituencies to press their demands, if the government fails to resolve the issue soon.