Self-Immolation Bid By Woman At Odisha Court Foiled By Police 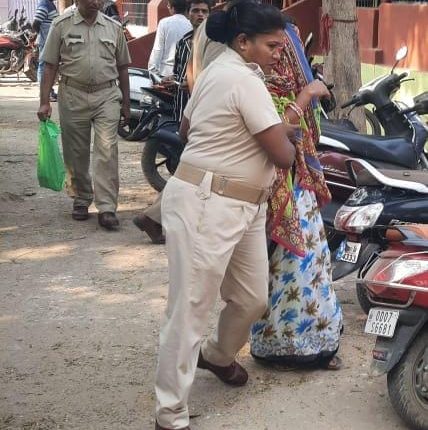 Berhampur: A woman allegedly attempted self-immolation on the premises of the court of the Sub-Divisional Judicial Magistrate (SDJM) in Odisha’s  Berhampur on Friday.

According to reports, the woman entered the court premises in the morning and allegedly tried set herself afire after pouring kerosene on  her body.

However, the police personnel present at the court managed to foil her attempt and safely took her to the Baidyanathpur Police Station. The local police are probing to ascertain the reason behind step taken by the woman, identified as Jarana Swain (30).

He said the woman had in 2020 lodged a complaint against one Bapuni Sahu accusing him of raping her. The man had been arrested but was later released on bail, the SP said.

Jharana lodged a fresh case recently accusing Bapuni of raping her again after which the man was arrested and forwarded to court, he said.