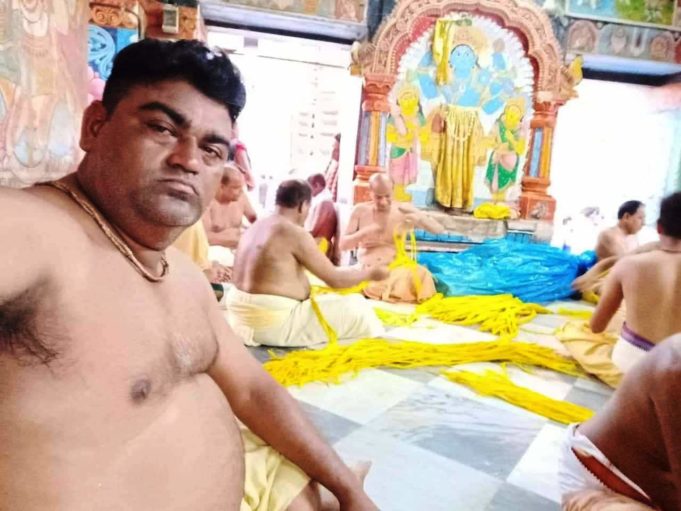 Puri: A servitor of Jagannath Temple in Puri was suspended on Thursday after a photograph of interiors of Mahalaxmi temple went viral on social media.

Ashok Patra, a Patara sevayat of the temple, had reportedly uploaded the photograph in which servitors are seen preparing paitas (sacred threads) for the deities during a ritual inside the temple.

The use of phones and cameras inside the 12th-century shrine is strictly banned.

In 2018, a sub-inspector of Sea Beach police station had landed in a soup after posting selfies taken inside the temple on social media. He was later suspended.

Process For Plus III Admission Begins In Odisha

Journalist Dies Of Burns; Accused, Too, Found With Burns