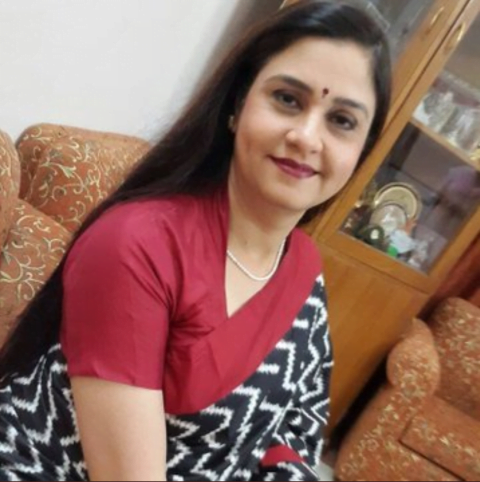 New Delhi: Senior journalist and one of Doordarshan’s familiar faces, Neelum Sharma passed away here on Saturday. She was reportedly battling cancer.

The news of her untimely demise was shared by DD News on its official Twitter handle,  describing her as a ‘founding anchor’ who was associated with the public broadcaster for over 20 years.

#DDNews mourns passing away of our dear Colleague Neelum Sharma. A founding anchor with over 20 years of association with #ddnews, she played a stellar role in many capacities. From ‘Badi Charcha’ to ‘Tejasvini’ her path breaking progs won accolades including Nari Shakti Award pic.twitter.com/dYKv3S4aCe

Neelum began her career in DD when cable television was making inroads into Indian households and private news channels were yet to establish their footprint.

Doordarshan was the only broadcaster to air news programme and Neelum was among the earlier news anchors who dominated evening news in the late ’80s and ’90s. An entire generation grew up watching her.

Neelum was conferred with Nari Shakti Puraskar in 2018 by President Ram Nath Kovind.

The news of Neelum’s death came as a shock to many as the social media was flooded with obituaries and condolences from the journalists fraternity. Here is a Tweet that described her as a real talent.

Remember watching her on DD when I was a kid , I grew up but she hadn’t aged a day. One of India’s finest news presenters. This is so sudden and shocking. Rest in Peace Neelam Sharma. Om Shanti! pic.twitter.com/yA0Cs9Fik9

Dip In Passenger Movement At Jharsuguda Airport; Know Why