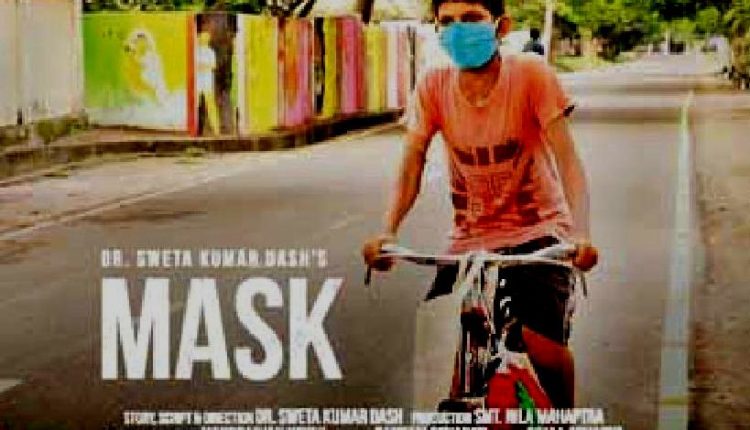 The 7-minute-18-second film revolves around the struggle of a poor boy to sustain livelihood for his family amid COVID-19 pandemic. The boy did it by selling the hand-made masks prepared by his mother. The film also showed the reluctance of people to purchase them due to the low price.

Brilliant acting by Ajay Choudhury, a minor boy hailing from a poor family in Berhampur, has received wide appreciation from the jury members.

Among 3000 entries, the jury members adjudged ‘Mask’ as the best awareness film on COVID-19.

Dash, who is now on a four-month deputation to Ganjam district for COVID duty, has managed to find time during leisure to prepare the script and direct the movie.

Prior to this award, Dash’s short film ‘Sunny: The Son of River Mahanadi’ had won the Odisha State Film Award in 2019.