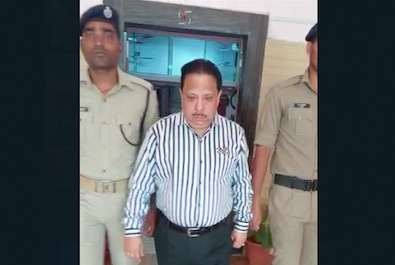 Bhubaneswar: The Twin City Commissionerate Police has arrested senior vice president of a Faridabad-based healthcare firm on charges of duping a private hospital in Odisha capital during the COVID-19 pandemic.

The accused has been identified as Devender Gera (55) of Bafna Health Care Private Limited. He is being brought to Odisha on transit remand and would be produced before the Judicial Magistrate First Class (V), Bhubaneswar.

According to police, a private hospital in Bhubaneswar had placed an order with Bafna Health Care Private Limited for fabrication and installation of equipment in seven Tata Winger vehicles for utilising them as ambulances during the pandemic.

The firm took an excess payment of Rs 21,85,350 from the private hospital against bills of Rs 70,74,930, but failed to deliver the vehicles on time. The fabrication and installation of equipment in those vehicles were also not done properly, causing huge financial losses to the hospital.

The Assistant Legal Officer of the private hospital had lodged a complaint in this regard with the Khandagiri police. Subsequently, the police registered a case on September 30, 2022, under Sections 420 and 34 of the IPC and launched a probe.

The firm has also been booked by the Infocity police for duping another private hospital of Rs 47,49, 394, the release added.

Amazon To Sack Hundreds In India, Wind Down Parts Of Operations In The Country