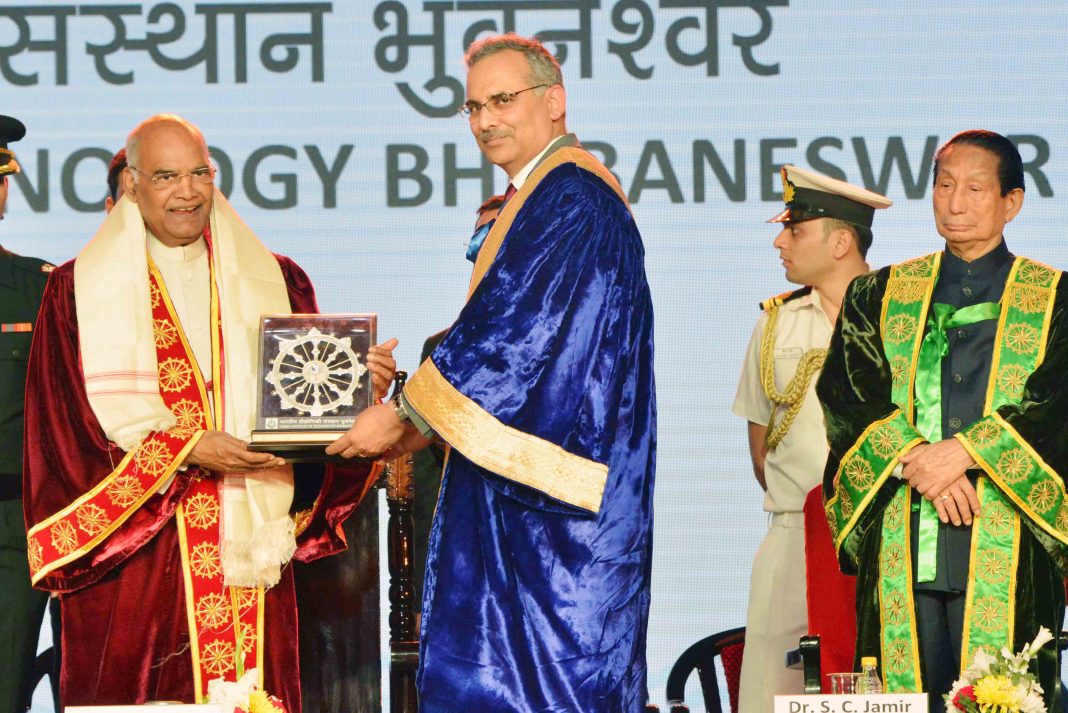 Bhubaneswar: President Dr Ramnath Kovind on Sunday urged upon the students of the Indian Institute of Technology (IIT)-Bhubaneswar to serve their country with diligence

“You have a greater role to perform for your country. “Apart from your duty towards your family, you have even major duty for the society as a whole. Since you are the assets of your country, you should serve the society and the country with passion, diligence and sincerity,” he said while addressing the six convocation of the institute at Aragul near Khurda. 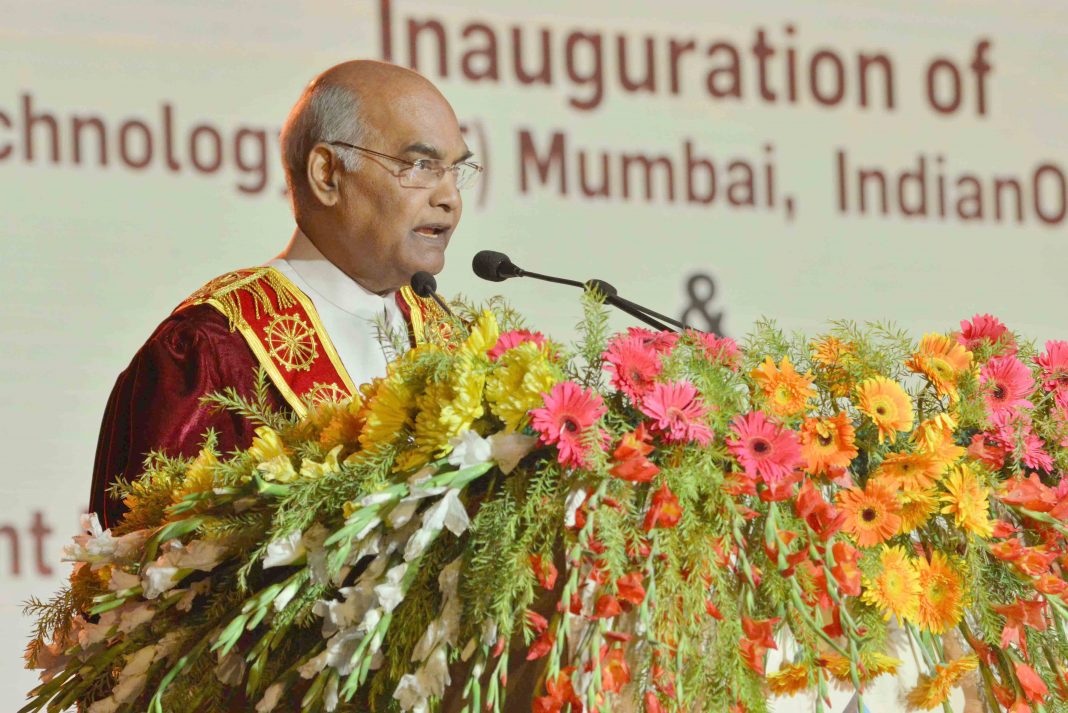 Talking about the historic importance of Khurda soil, the President said the people of Odisha and the country are immensely fortunate that the IIT-Bhubaneswar has come up at Aragul in Khurda district.

“The soil of Khurda is not the ordinary soil as one thinks. The legend has it that Lord Ram and Pandav had set their feet on this soil. It is also the place where the first Paika (sepoy) mutiny had taken place in 1817 under the leadership of a daring patriot Buxi Jagabandhu Bidyadhar against the British hegemony.

Among others, Governor SC Jamir and Union minister of state for Human Resource Development, Water Resources, River Development and Ganga Rejuvenation were present.

After attending the convocation ceremony of the IIT-Bhubaneswar, Kovind inaugurated the ICT-IOC (Institute of Chemical Technology –Indian Oil Corporation) Bhubaneswar campus and then laid the foundation stone for the Skill Development Institute of the Oil PSUs

The President later left for New Delhi with his wife in a special flight after winding up his two-day state visit at 5.20 PM.

Earlier in the day, the President had visited the Shri Jagannath Temple in Puri and attended the centenary celebration of the Rashtriya Sanskirt Sansthan.

From there, he left for Bhubaneswar and arrived at the Raj Bhawan where he had a lunch.