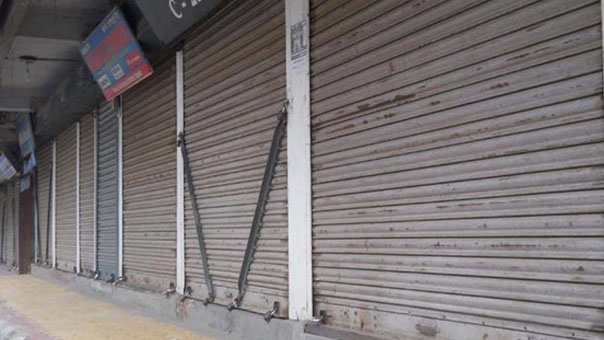 Sundargarh: Life came to standstill in Sundargarh on Friday following a bandh call by BJP to protest against the recent egg attack on Union Tribal Affairs Minister Jual Oram.
Most shops, business establishments, educational institutions, private and government offices downed their shutters. Traffic movement was hit as activists of the saffron party staged road blockades by burning tyres at several places. However, health and banking services remained unaffected as these were exempted from the purview of the bandh.
“The party strongly condemns the egg attack on the Union Minister. The BJD activists, who were involved in the incident should immediately be arrested,” a senior party leader said.
A group of BJD workers had allegedly hurled eggs at Jual’s vehicle at Aul Bazaar in Kendrapara district on June 14 while he was on his way to attend the ‘Sanka Saath Sabka Vikash’ programme at Rajkanika.
Meanwhile, Jual wrote a letter to Union Home Minister Rajnath Singh, seeking his intervention in the egg hurling incident and adequate security to Union Ministers visiting Odisha.

Students queue up for Plus II admission in state