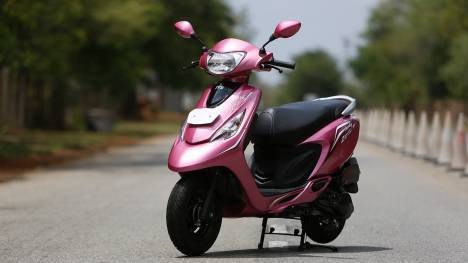 New Delhi: It’s a ‘Sex’ controversy which is strange and seemingly avoidable.

A female student in Delhi purchased a scooty, which was allotted registration number ‘DL-3-SEX-****

Taken aback, the student complained that it was embarrassing to drive the new scooty with such a strange registration number as she was being teased and taunted.

Taking cognizance, the Delhi Commission for Women (DCW) has issued a notice to the transport department of Delhi government, urging it to solve the issue within four days.

“The commission was approached in the matter by a girl who bought a scooty recently and got a vehicle registration number which contained the term ‘SEX’. The girl informed the Commission that she was facing severe harassment due to the registration number, as people taunted and even teased her due to the same. She further said that because of all this she is facing a lot of problems in commuting and is not being able to go out for essential work,” DCW said in a statement.

“It is very unfortunate that people can be so petty and abusive that the girl is having to face so much harassment,” DCW chief Swati Maliwal said, adding that the concerned department must ensure that the student doesn’t suffer anymore.

According to a Delhi transport department official, ‘SEX’ is an auto-generated series for vehicle registration, for two-wheelers.

“We have stopped registration on this series because of the sensitivity. All series for vehicles in Delhi are auto generated by the system… If we receive requests, we can change the registration number on a case-to-case basis,” the official said.

DCW has also asked the transport department to intimate total number of vehicles that have been registered under this series.