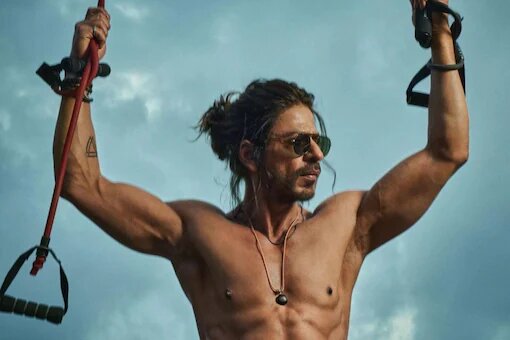 New Delhi: Pathaan is all set to release on January 25. SRK’s largest fan group has announced on Twitter, plans to host the movie’s first-day first-show in more than 200 cities.

BOOM!
THE BIGGEST FAN CLUB OF KING KHAN TO ORGANISE PATHAAN FIRST DAY FIRST SHOW IN OVER 200 CITIES IN INDIA!!!!!
DM @joinsrkuniverse to join and be a part of the biggest celebration!@iamsrk @yrf #Pathaan #PathaanWithSRKUniverse #PathaanFirstDayFirstShow #ShahRukhKhan #SRK pic.twitter.com/lCOgcXN6qF

Giving details of this plan, Yash Paryani, the co-founder of SRK Universe told Pinkvilla, “SRK Universe is organizing FDFS of Pathaan in over 200 cities. We are expecting over 50,000 SRK fans to join our shows and we expect minimum bookings worth Rs 1 crore from our FDFS celebrations alone. We are doing this event across cities.”

In Mumbai, we will organise 7 to 8 first-day first shows, and Delhi is likely to have 6. Additionally, other big cities will also have multiple shows. We will not just limit ourselves with the first-day first show, but will continue watching the film over the first day and also the Republic Day weekend, he told Pinkvilla.

Yash and his teammates are planning on merchandising as well. In the interview, Yash Paryani also mentioned that they are planning to distribute Pathaan merchandise, special cutouts etc. He said, “Our idea is to celebrate SRK films like a festival and Pathaan will be no different.”

The trailer of Pathaan, released last week, has garnered over 71 million views to date. Shah Rukh Khan is currently in the Middle East to promote his film.