She Was Forced To Abort 14 Times By Partner, So She Committed Suicide 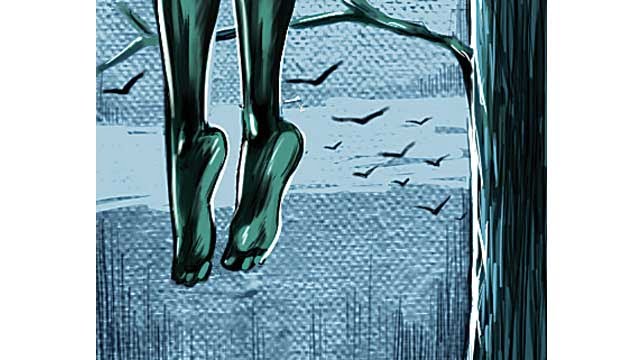 New Delhi:  A 33-year-old woman allegedly committed suicide after being “forced to undergo abortion 14 times” by her live-in partner in a span of eight years, police said on Thursday citing a suicide note.

In the suicide note written in Hindi, the woman alleged that she had been in a live-in relationship with a man who made physical relationship with her on the promise of marriage but refused to marry her and left her with no other option except suicide, police said, adding that she was living separately from her husband. A case of abetment of suicide has been registered against the man who works at a software firm in Noida, a senior police officer said.

Deputy Commissioner of Police (Southeast) Esha Pandey said, “On July 5, a PCR call was received regarding suicide by a woman at Jaitpur. A police team rushed to the spot where a woman was found hanging in a room. She was immediately shifted to AIIMS where doctor declared her brought dead.”

“The stool used for hanging and the deceased’s mobile phone were seized. After a preliminary inquiry, it was revealed that the woman had been living separately from her husband for the past seven-eight years,” she said.

Her parents residing in Muzaffarpur in Bihar were informed and the body was handed over to them after post-mortem, the DCP added.

One suicide note and viscera were handed over to police by doctors at AIIMS, police said. “We have registered a case under sections 306 (abetment of suicide), 376 (rape) and 313 (causing miscarriage without woman’s consent) of the Indian Penal Code and further investigation was taken up,” the DCP said, PTI reported.

The woman’s husband who works at a private firm in South Extension was also called for questioning. He told the police that he and his wife parted ways around eight years ago, police said.

Raids are being conducted to arrest the accused, they said.

Heavy Rain To Lash Bhubaneswar, Cuttack For Next 3 hours