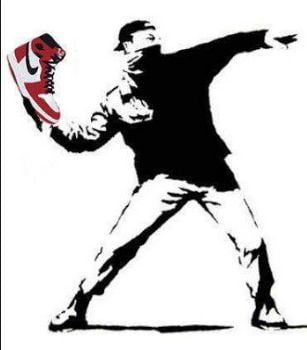 Bargarh/Bhubaneswar: A youth hurled shoes at Chief Minister and BJD president Naveen Patnaik on Tuesday while the latter was campaigning for his party candidate Rita Sahoo for the upcoming Bijepur bypoll.

At around 6 pm, the incident took place at Kumbhari village in Barpali of Odisha’s Bargarh district when a youth, who was sitting close to the dais, allegedly hurled shoes targeting the Chief Minister while he was about to finish addressing a public meeting.

The two chappals, thrown in quick succession, did not hit the CM as his security personnel prevented the attack.

A mob caught hold of the youth, later identified as Kartik Meher of Padampur, and thrashed him. Subsequently, police detained him.

BJD spokesperson Pratab Deb told mediapersons in Bhubaneswar that the incident made BJP’s frustration amply evident. “There was a sparse crowd at Union minister Smriti Irani’s rally whereas thousands greeted CM Naveen Patnaik. Frustrated with this, the BJP has resorted to such cheap acts. People of Bijepur will give BJP a befitting reply.”

BJP MLA Pradip Purohit denied the allegations and dubbed the incident as “manifestation of the youth’s anger” towards the CM and the ruling party.

Leader of Opposition Narasingha Mishra condemned the incident and questioned if such kind of politics is being done for the Bijepur byelection then what would one expect during the 2019 general elections. Congress whip Tara Prasad Bahinipati took strong exception to the hurling of shoes at Naveen and said, “We oppose the BJP’s dadagiri (hooliganism). Such actions are not acceptable in Odisha politics.”

On January 31, Rajashree Kamili, wife of BJP worker Dilip Kamila, threw eggs during an event in Balasore. Police had booked her, but the CM later withdrew all cases against her.

On February 10, BJP youth activists barged into the official residence of senior IAS officer V K Pandian, who is serving as private secretary to the Chief Minister, in Bhubaneswar and threw cow dung. At least nine of the accused have been arrested so far.

The series of incidents in the run-up to the Bijepur bypoll brings to the fore the growing intolerance and bitterness in Odisha politics.