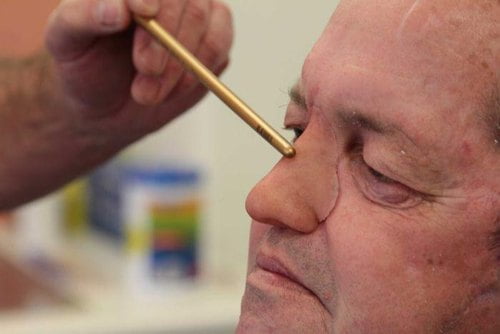 Sambalpur: In a good new for the physically challenged persons, the district administration has opened a Silicone Cosmetic Restoration Laboratory, claimed to be first of its kind in the state, at the Regional Centre for Disabilities Rehabilitation (RCDR) here.

The government-run laboratory has the facility to provide silicone implants for artificial eyes, nose, fingers and other body parts. Prior to its opening, technical staff of RCDR were given training on fabrication of silicone implants by experts.

“Silicon implant is a much better alternative to cosmetic restoration surgeries. Though the implant doesn’t restore functionality of a body part, temporary cosmetic correction improves the appearance which boosts the confidence of a disabled person,” TNIE quoted prosthetic and orthotic engineer of RCDR, S Khuntia as saying.

“Since we have adequate scope for trial and error here, we can manufacture a large variety of implants for beneficiaries depending upon their requirements,” he said. Any person of the state needing an implant can register for the implants after verification of necessary documents.

“As of now this is the only facility in Odisha providing implants of so many body parts other than just limbs. The centre will be a major breakthrough in the direction of rehabilitation of PwD in coming days,” district disability rehabilitation officer (DRDO), Rabindra Satpathy said.

Four people including three children got implants on the day of inauguration of the facility by the district collector on December 18.

The RCDR had submitted its proposal for opening the facility to the government in 2018. Later, the government approved the proposal and sanctioned Rs 10 lakh for the project.

Vicky Kaushal #Trending, Not For His Wedding But For Police Complaint; Know Why