Simple With A Twist 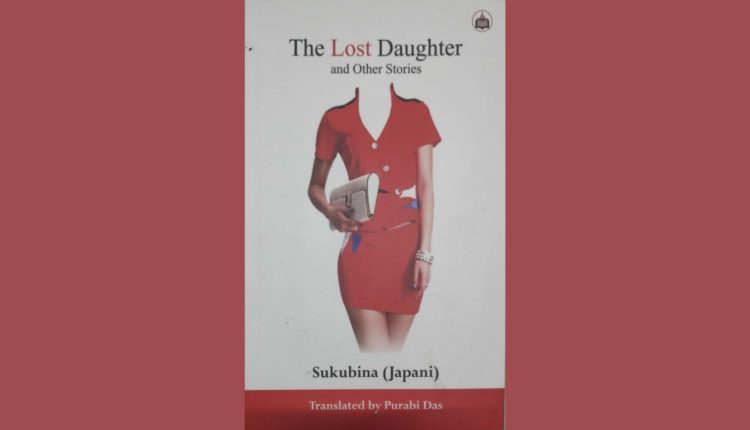 One of the back cover endorsements for The lost Daughter and Other Stories is spot on with its remark that the hallmark of these stories is their ‘simple, straightforward and clear style.’ The idea is echoed in the word ‘genial’, used in the foreword.

Fine. But a question arises: how does transparency of style square with ‘literariness’? More importantly, what about that ‘momentary stay against confusion’ which is the sign and seal of every literary work, no matter how modest?

By this I am not so much casting doubts on the simple style as urging for consideration the possibility that the simple can also be beautiful. For Sukubina’s stories, at least the good ones, are just not simple, one-shot affairs. There is enough twist and play in them to make the reader pause and think. If the storyteller has been able to convey these little tricks and stratagems in a simple language, then it is so much to his credit. Simple language, as Jacques Barzun aptly remarks in his classic Teacher in America (1945) — albeit in the context of writing good English — is no body’s mother tongue.

An example of twist is seen in the opening story “A Surprise.” The first person narrator runs into his one-time high school teacher at a fish market in Karanjia town. This touches off the recollection of his boyhood, the best part of which was his secret dalliance with his sweetheart Anuradha. The teacher had once seen them playing truant from school and engaging in their sacred ritual of catching fish at a secluded roadside stream. On the teacher’s complaint the boy had received a reprimand from the headmaster. This was some thirty years ago. After a chance meeting with the same teacher, now old and wizened, he cordially invites him to lunch at his house.  He introduces his wife to Karuna Sir. Here comes the O. Henry twist. Who would Karuna Sir see but the same Anuradha of yore!

Another story “Slap” also hinges on the famous twist. Here the I-narrator tries to bribe a Train Ticket Examiner into arranging berths for his family.  He does so, thinking the TTEs to be dishonest as a general rule. The man, however, returns the one hundred-rupee note that he had been given along with the berths, charging only their actual cost. The TTE’s action was like a slap in the smug face of the I-narrator.  The story “The Tangawalla” unfortunately does not come up for this kind of redemptive ‘slap’ at the end. It plays out along expected lines with the poor tangawalla and his little daughter being suspected of theft and manhandled as the Babus — I-narrator and his friend — who brought the charge calmly proceed towards their train.

A sophisticated play is discoverable in the story “Naked.”  A happier and more blissful time in the past is contrasted with an arid present under the cover of recollection of the first flush of marital romance. The first person narrator gets off the car at Bamana-sala on the outskirts of Karanjia to revisit a sylvan scene of their romance, their ‘special place.’ To his shock he finds this grove turned into a garbage dump. It appears to him as though mother earth was crying, denuded and stripped of dignity. This is the finest story in the volume. The translator’s art is shown off to advantage in the lyrical heights that her English prose has aspired to scale: “The spot was delightfully green, covered with shrubs and small trees. An aromatic smell rose from the verdure, and country birds warbled from the branches hanging low” (P. 74).

Style, therefore, saves these simple stories from being simplistic, which would have been their likely destination with the near total confinement of their subject matter to the restricted sphere of family and familial relationships. Only two stories out of twenty one — “Sparsh” and “Lakshmi” —  are in omniscient mode, featuring main characters in third person, with the second one providing the collection its title.  A toast then to the play of memory in the book of stories and the pervasive sense of loss that memory triggers!

The book is well produced by Authors Press. One only wishes that there were not so many typos and markers of hasty proofreading in the finished product.

Headmaster, Staff Salaries Held Up In Five Schools In Odisha’s Keonjhar; Know Why