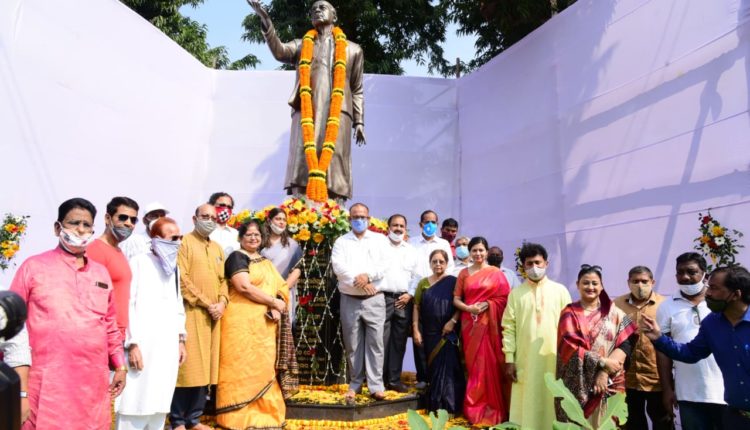 Bhubaneswar: A life size statue of legendary Odia singer Md Sikander Alam was unveiled on the premises of Odisha Legislative Assembly on Thursday.

The statue of Alam, also known as second Salabega of Odisha, was installed on the initiative of the Culture department of the state government. Prominent singers and actors of Ollywood were present on the occasion.

Alam has sung in more than 50 Odia films including Amada Bata, Adina Megha, Manika Jodi, Mamata, Suryamukhi and Puja and recorded over 2,000 songs. He also produced a music album called Ala ke Huzur with his wife and daughter.

He performed in several stage shows in India and abroad. He is the first Odia singer to be heard on BBC London.

His first work in the entertainment industry was with All India Radio in 1957. His debut film was Laxmi in 1964.

Born in Routrapur, Baialishi Mouzaa of Cuttack district on July 27, 1939, Alam completed his school and college education in Cuttack where his family had moved. He had taken training on Hindustani classical music in Gandharva Mahavidyalaya.

Alam passed away in Bhubaneswar at the age of 71 on August 8, 2010 after a prolonged illness.

Now You Can Stay At Shah Rukh Khan’sa Delhi Home; Here’s Why

Minister Ends Speculations Over Opening Of ‘Bhitara Ratna Bhandara’ In…