Six Injured In IED Blast Triggered By Maoists In Chhattisgarh 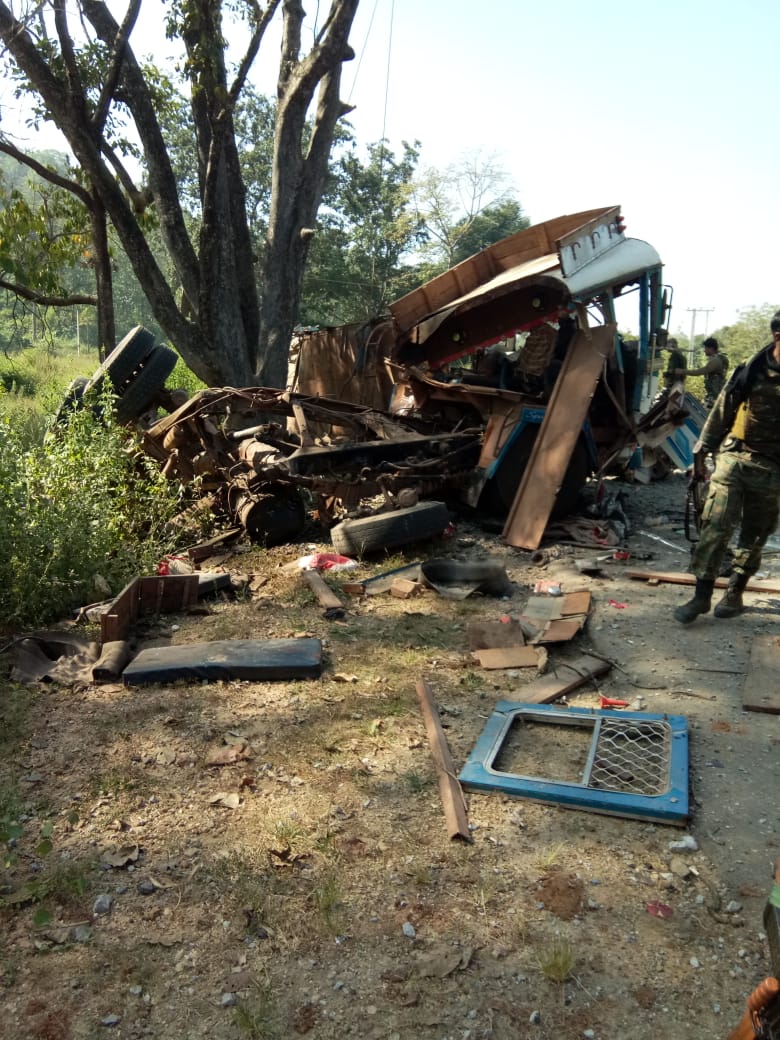 Bijapur: Five security personnel and a civilian were injured when Maoists blew up a truck, carrying BSF jawans of 414 Adhoc Batallion, with an IED in Chhattisgarh’s Bijapur district at around 9 am on Wednesday.

Four BSF jawans, a DRG and one civilian driver were injured in the blast at Bijapur Ghatti, 7 km away from Bijapur towards Bhopalpatnam.

All injured have been admitted to Bijapur hospital.

According to initial reports, all the injured are out of danger and would be airlifted to Raipur if required.

No polling personnel was there during the incident. Re-enforcement parties reached the spot and the situation is under control.