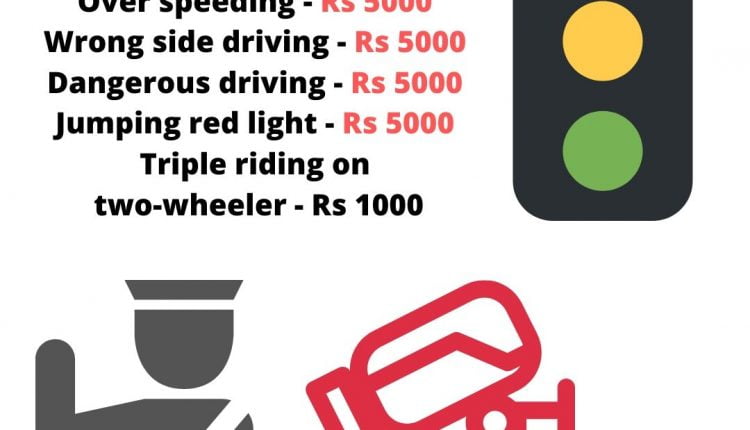 Bhubaneswar: Traffic violators will not be spared – smart CCTV cameras throughout the city will monitor and automatically detect violations in the Odisha capital, beginning Sunday.

As announced earlier, strict enforcement of traffic rules has started and 140 persons already fined Rs 10,000 each for drunken driving.

Twin City Police Commissioner Sudhanshu Sarangi on Saturday said that such cameras have been installed at Rupali Square and are coming up at eight other places.

Besides, 32 Traffic Volition Detection Systems (TVDS) are being set up. These can detect a person jumping a red light, touching zebra crossing or indulging in overspeeding, and automatically issues a challan against the driver along with a snapshot of the violation. The TVDS will be controlled by Bhubaneswar Smart City Limited (BSCL), he added.

Violators will then have to pay the fine at the office of the Commissionerate Police, and if anyone fails to do so, the money will be added to the vehicle’s user name at the Regional Transport Office (RTO) with interest. Challans will be sent directly to homes.

“We have told our police personnel to not argue with the violators if they do not pay the fine at the spot. Let them leave the spot with a copy of the challan. They will either have to come to our office to pay or visit the RTO,” Sarangi said.

The extension of relaxation period by another three months is only for readying the required documents and hefty fines for violations such as drunken driving and not wearing helmets and seat belts will be strongly implemented, he added.

Here’s a recap of the fines under the new Motor Vehicle Act 2019:

Biker In Odisha Asked To Cough Up Rs 18500 Fine; Know Why

Helmet Thefts: Safety Gear Not So Safe In Bhubaneswar

You Are Under CCTV Surveillance: Traffic Violators Cough Up…