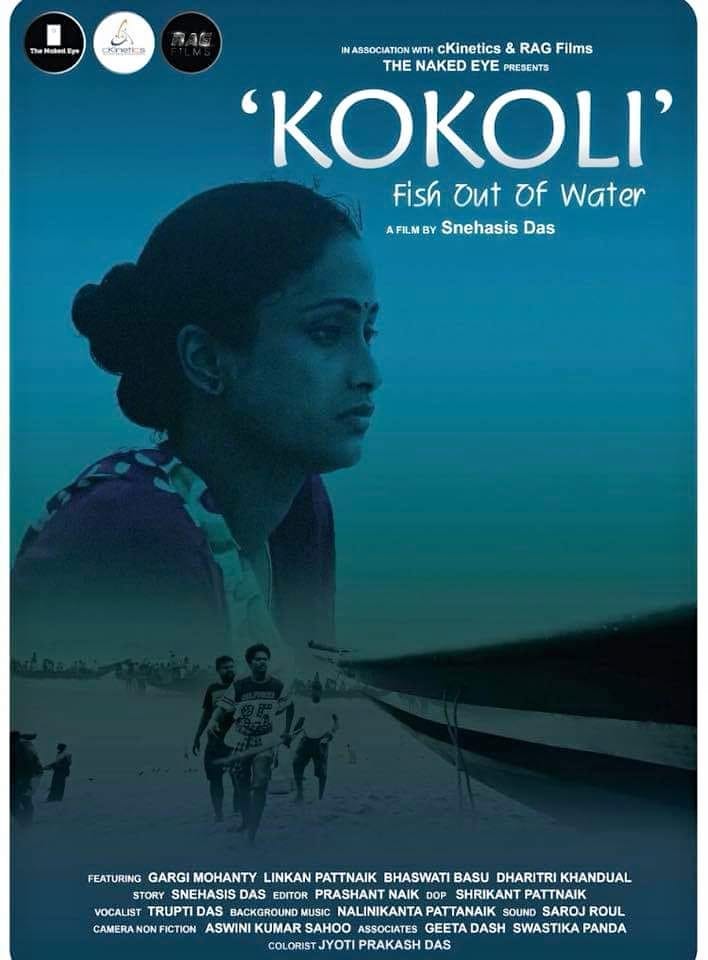 The film was also screened at Bacalar in Mexico.

Produced under the banner of The Naked Eye in association with Ckinetics, the film focuses on displacement of fishermen due to soil erosion in coastal Odisha.

Note artist Gargi Mohanty has played the lead role in the film.

“The impact of climate change has distressed people in the coastal areas. Though a love story, the film has a strong social message. To give a realistic feel, the film has been completely shot near the beach and Penthakata slums in Puri,” said Snehasis had told Odisha Bytes earlier.

The film derives it title  ‘Kokoli’ from a sea fish of the same name.

The cinematography is by Srikant Pattnaik, while editing has been done by National Award winner Prashant Naik. The only song in the film is taken from an earlier album of Odisha’s melody queen, Trupti Das.